Why Apple's HBO Deal Isn't a Streaming TV Game-Changer (Yet)

Monday’s news that HBO is coming to Apple devices without a cable subscription is likely to make fans of HBO’s massively popular Game of Thrones say “Hodor.” Well, either that or “Hodor!,” but definitely not the disappointed and downtrodden “hodor.”

Why? This partnership could be a game-changer the likes of which will open the flood gates for television channels to flee the grip of cable companies — but there’s also the possibility that for most HBO-watchers, it will do nothing at all.

While HBO already has a streaming service in HBO Go, access to it is limited to users who are already paying for HBO through a cable package. The new offering, HBO Now, can be purchased by anybody, cable subscriber or not, for $14.99 a month. For the first three months, you’ll only be able to sign up on an Apple device.

That last part — the fact that cord cutters can only get HBO independent of big cable’s bundled programming by using a device like the Apple TV, is a bold move to be sure. But it might not be all that revolutionary — yet.

Firstly, aside from who you pay for the service, HBO Now isn’t all that different from HBO Go. And since the Apple TV set-top box currently offers access to HBO Go, Monday’s news isn’t all that impactful. That’s primarily because HBO doesn’t care if you’re a cable subscriber sharing your password (or using one your cable-subscribing friend gave you).

Of course, HBO’s posture could change dramatically once their new web-only model goes live in April. But if not, the Apple deal is a red herring to the fact that Apple seems to have lost some cachet in the streaming box space over the last year.

For instance, Apple rival Roku registered 10 million devices in the wild as of September 2014, roughly half of Apple’s haul at that time. The independent streaming set-top box company has long been a popular choice among cord-cutters, whose loyalty rivals that of, well, Apple fans. Boasting a no-frill, responsive interface that connects with a wide range of video providers, Roku got its start as the first box to bring Netflix to televisions, and now boasts every major streaming service other than Apple’s iTunes. In fact, you can even watch regional Time Warner Cable programming on it.

As for Google, after mothballing its coldly received Google TV service (which launched roughly around the time of the original Apple TV), the search giant’s Chromecast was the first device to drive the price of streaming gadgets down, debuting at just $35. The small dongle doesn’t stream video on its own, which means it requires a smartphone, tablet, or computer to push content to it. But since smartphones put that capability in just about everyone’s pocket, Chromecast has become a very popular accessory to have in the living room.

Last year, Google also released Android TV, a television operating system that’s essentially a reboot of Google TV, though it’s much closer in features to Roku and Apple TV. It also seems to be following the same downward trajectory as its predecessor.

The newest major entrant in the race for the living room is the Amazon Fire TV, a streaming box that’s causing the most problems for Apple’s unbundled service aspirations. Debuting at the special, cut-rate price of $69 (it’s now gone up to $99), Fire TV rivals Apple’s iTunes offerings with an equally impressive selection of digital rentals or purchases. But it also offers the Prime Instant Video library free to the 30 million users who subscribe to Amazon’s shipping-free shopping program. In addition, Fire TV will pull live television directly from Sling TV’s new $20 per month cord-cutting service — a feat that Apple wants to accomplish, only without a partnership. And Monday’s HBO Now deal was Apple’s first step in that direction.

But in the meantime, the majority of Apple TV’s apps require that viewers log in via their cable company user accounts, which makes Apple TV less a cord-cutting tool than a cable companion box. With a new price of $69 (down from $99), this shortcoming is forgivable, but Tim Cook and company are not in the market to make amends — they want to make changes to the way television works, letting you pick and pay for only the channels you actually want. But until the rest of the channels unbundle from big cable like HBO has done, Apple TV won’t rule streaming television, nor, to take reference from Game of Thrones, seize the iron throne. 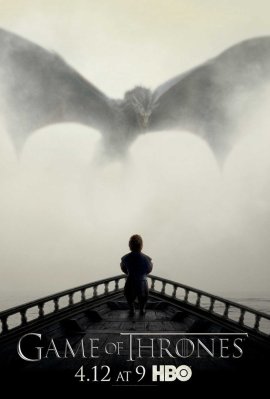 Apple TV Is Getting a Huge Upgrade
Next Up: Editor's Pick