Hillary Clinton Asks for Some of Her Emails to be Released

Hillary Clinton, embroiled in a controversy over her use of personal email during her time as Secretary of State, said late Wednesday that she’s asked the State Department to release her some of her correspondence.

“I want the public to see my email,” Clinton said in a tweet Wednesday evening. “I asked State to release them. They said they will review them for release as soon as possible.”

The likely 2016 presidential candidate’s aides reportedly turned over more than 50,000 pages of emails over to the State Department in compliance with new rules passed late last year. But it was subsequently revealed by the Associated Press that Clinton also used a private email server registered to her family home in Chappaqua, N.Y., which would make it more difficult for her online correspondence to be accessed by court orders or public requests. And her tweet made no mention of releasing emails her aides reviewed and then declined to hand over to the State Department.

“The State Department will review for public release the emails provided by Secretary Clinton to the Department, using a normal process that guides such releases,” State Department spokeswoman Marie Harf said in a statement. “We will undertake this review as quickly as possible; given the sheer volume of the document set, this review will take some time to complete.” 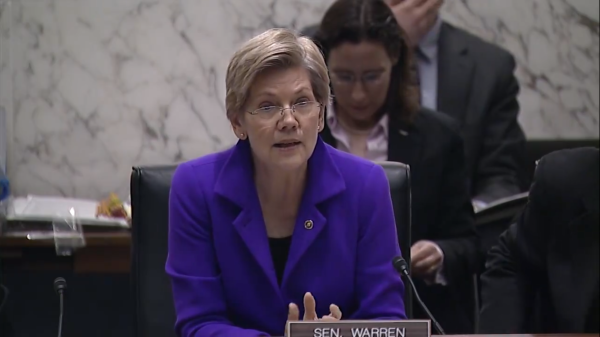 How Elizabeth Warren Turns Boilerplate Viral
Next Up: Editor's Pick