This Is Why Indian Food Is So Delicious

Indian food is lauded for its curries, mouth-burning spices and complex flavor pairings. With its use of cardamom, cayenne, tamarind and other pungent ingredients, the resulting taste combinations are unlike anything found elsewhere around the world. But scientists in India have now discovered exactly why Indian food is so good — it’s the fewer number of overlapping flavors in ingredients.

Researchers at the Indian Institute for Technology examined how frequently overlapping flavor compounds factored into a dish’s ingredients. They reviewed thousands of recipes on TarlaDalal.com, scrutinizing the subtle molecular-level differences that distinguish the cuisine, reports the Washington Post.

“We found that average flavor sharing in Indian cuisine was significantly lesser than expected,” researchers wrote.

In Western cuisines, ingredients are usually paired together for their similar flavors. However, an average Indian dish includes at least seven ingredients, most of which do not contain overlapping flavors. Cayenne, green bell pepper, coriander and garam masala are usually paired with ingredients that have no chemical overlap, but each ingredient brings a unique component when incorporated into the final meal. This creates knockout dishes for a cuisine that uses approximately 200 of the estimated 381 ingredients known in the world. 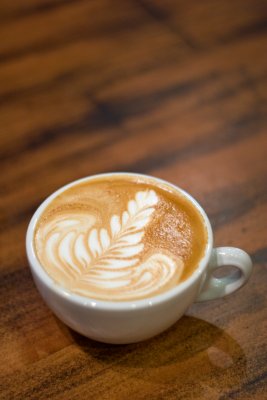 Why You Should Order a Latte Instead of Coffee
Next Up: Editor's Pick