Heroin-Related Deaths Have Quadrupled in America

Heroin-related deaths nearly tripled in the U.S. within just three years and quadrupled in 13, according to new federal data.

Heroin-related drug-poisoning deaths have increased in all age groups, races and ethnic groups, the data show. Every region in the U.S. also experienced an increase, and the Midwest experienced the biggest jump.

One reason for the spike is America’s growing painkiller problem. The NCHS released another report last month showing that significantly more people over age 20 are using opioids. The number of people who used a painkiller stronger than morphine increased from 17% to 37% from the early 2000s to about a decade later.

People who are hooked on painkillers may make the switch to heroin since it’s cheaper and doesn’t need a prescription, according to Dr. Andrew Kolodny, the chief medical officer of the Phoenix House, a national nonprofit drug and alcohol-rehabilitation organization. Both drugs come from the opium poppy and therefore offer a similar high. “We are seeing heroin deaths sky rocketing because we have an epidemic of people addicted to opioids. There are new markets like suburbs where heroin didn’t used to exist,” says Kolodny. (He was not involved in the research.)

MORE Why You Don’t Know About the Heroin Vaccine

Prior data from the Centers for Disease Control and Prevention show that painkillers are a growing problem. In 2014, the CDC reported that physicians wrote 259 million painkiller prescription in a single year — the equivalent of a bottle of pills per American — and almost 50 Americans die every day from a prescription-painkiller overdose. The agency recommends that states run prescription-drug prescribing databases to track overprescribing and consider policies that reduce risky prescribing practices.

As states and the White House struggle to tackle opioid addiction, some experts are skeptical about whether such efforts are enough to solve the problem. “We are dealing with the worst drug epidemic in our history,” says Kolodny. “There’s no evidence it’s plateauing.”

Read next: Ohio Steps Up Fight Against Heroin Deaths

Correction: An earlier version of this article misstated the timeline of the U.S. heroin-related death rate.

Most Popular on TIME
1
Why Is America So Divided Today?
2
Federal Prisons on Lockdown Ahead of Inauguration
3
Kamala Harris to Resign Senate Seat Monday 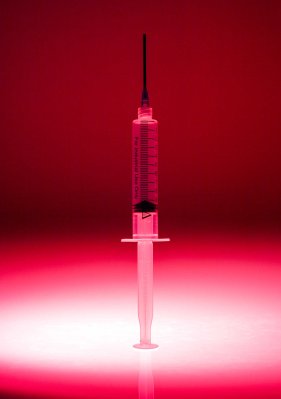 Ohio Steps Up Fight Against Heroin Deaths
Next Up: Editor's Pick