Justin Bieber turns 21 years old today, but it seems like he’s been around forever. But how well do you really know the Biebs? (If you’re a responsible grownup, we’re betting, not as well as you think you do.) Read these 21 facts about the Canadian pop sensation, and you’ll be a Belieber in no time.

1. He’s the first solo artist to have four Top 40 singles before even releasing an album.

2. He is the youngest artist to have five number-one albums in the U.S.

3. He delayed the start of his Jan. 7, 2013 concert in Salt Lake City, Utah, because he was visiting a 7-year-old girl with leukemia in the hospital.

4. He likes the movie The Notebook.

(MORE: How the Internet Made Justin Bieber a Star)

6. Smallville and Friends are his favorite TV shows.

7. He loves Disneyland, and has visited it on a romantic Valentine’s Day date with former main squeeze (and Disney star) Selena Gomez and to perform at the 2011 Disney Christmas Parade.

just want to say LION KING is a great movie...never gets old.

8. Jeremy Bieber, his father, is a former MMA fighter.

10. He likes the cereals Cap’n Crunch Berries and Frosted Mini-Wheats.

11. His haircuts have cost up to $750, one gossip publication claims. That’s one thing he and John Edwards have in common.

12. While R&B singer Usher famously helped launch Bieber’s career, he did initially turn him down, which meant the youngster was free to consider a partnership with another singer — Justin Timberlake — until Usher watched his videos and had a change of heart.

13. He and Kanye West are bros. Kanye teamed up with Wu Tang’s Raekwon for a surprisingly palatable version of Justin’s hit “Runaway Love.”

14. With more than 35.1 million followers, Justin became the most-followed person on Twitter on Jan. 21, 2013 — beating Lady Gaga. Now he boasts more than 60 million, but Katy Perry now holds that title with over 65 million. He still has more Twitter followers than the population of his native Canada. We can see why:

15. If he could do any other job, he would be an architect.

16. His favorite word is #swag. Or at least we think so because he uses it constantly.

18. He has a fair number of tattoos for a 21-year-old, including: an owl and the word “Believe” on his left arm, a crown and Roman numerals on his chest, a bird on his hip and Jesus tattoos on ribcage and his left calf.

19. Before he hosted Saturday Night Live in 2013 (and apologized for smoking pot), his first appearance on the show involved performing in a “Church Lady” sketch with comedian Dana Carvey. Carvey debuted the character on SNL in 1986 — eight years before Bieber was even born.

20. In his backstage dressing room, he has been said to request three packages of white lo-rise tube socks—one in size XS and two in size L—as well as one XS mens white crew neck T-shirt and one in size L, according to The Smoking Gun.

21. His favorite sandwich is tomato and mayo on Wonder Bread.

This article was first published on March 1, 2013, and the statistics in the piece have been updated. 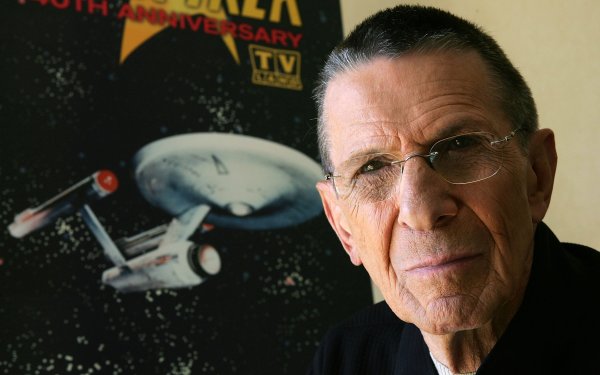 President Barack Obama: 'I Loved Spock'
Next Up: Editor's Pick