A prominent Christian publisher canceled a book project this week after the author refused to say that he did “not condone, encourage or accept the homosexual lifestyle,” the author told TIME.

The publisher, Destiny Image, told author Brandan Robertson on Feb. 19 that it would no longer publish his manuscript, Nomad: Not-So-Religious Thoughts on Faith, Doubt, and the Journey In Between, for financial reasons. Robertson, the evangelical organizer for Faith in Public Life, who only makes a glancing reference to homosexuality in the manuscript, recently told TIME that he identifies as queer. He said the publisher told him there was concern that evangelical bookstores would not carry the book.

“There is much consideration for every book, every author, but the final determination is financial viability,” explains Don Nori, CEO of Destiny Image’s parent company, Nori Media Group, who declined to discuss the role that issues of sexuality played in the decision.

Destiny’s decision comes as the evangelical fight over marriage equality has intensified in recent months. Two prominent evangelical churches, EastLake Community Church in Seattle and GracePointe Church near Nashville, announced in January that they were giving full membership privileges, including the right to marry and to receive communion, to lesbian and gay congregants. Many evangelical churches, organizations and colleges are taking small, intermediate steps toward inclusion, even as others, like the Southern Baptist Convention, have maintained a hard line against acceptance of same-sex relationships.

Destiny Image recruited Robertson for a book contract last year, with no advance payment, when he was still a student at the conservative Moody Bible Institute in Chicago. “Our core vision at Destiny Image has always been to give an unfiltered voice to emerging authors who are changing the way people see Christianity,” Mykela Krieg, a communications specialist at Destiny wrote to him in January 2014 in an email obtained by TIME.

Robertson submitted a book proposal, which Krieg told him was “great,” and he signed his contract with Destiny that spring. The book is a collection of essays on his personal spiritual journey from a fundamentalist to a progressive evangelical. “It is the archetype of the millennial journey of faith,” Robertson says. “It points to a lot of the struggles that we as millennials have.”

Destiny Image was enthusiastic. “We especially love your title ideas,” Krieg emailed him. “The word ‘nomad’ stood out to both of us.”

After he graduated from college last year, Robertson, now 22, became the national spokesperson for Evangelicals for Marriage Equality, an initiative started by millennials to help evangelicals support civil gay marriages. He spoke at a Reformation Project conference, an effort by fellow evangelical activist Matthew Vines to raise up affirming evangelicals in every evangelical church in the country, last fall. Robertson also blogs regularly about issues of social justice and sexuality on his Patheos blog, “Revangelical,” and has been featured in numerous news outlets for his work to encourage evangelicals toward greater gay and lesbian inclusion. TIME featured Robertson in January in a magazine story, “Inside the Evangelical Fight Over Gay Marriage.”

The word gay appears in his Nomad manuscript only one time, in a chapter titled “Grey,” that begins with a quote from the Nobel Literature Prize–winning André Gide, “The color of truth is grey.” Robertson writes: “One high school biology class is all that it takes to begin asking some serious questions about the book of Genesis and the origins of humanity. One conversation with a close friend who is struggling to be gay and Christian is all that it takes to begin wondering if the interpretation of Leviticus we heard in Sunday school is actually applicable in today’s context. One life shattering tragedy is all that it takes to begin rethinking the whole notion of the ‘sovereignty’ of God.”

Last week he turned in his manuscript, and three hours later, he got a reply. “I’m sure it feels amazing to have the manuscript finished!” Krieg wrote. Then she continued: “Since you’ve been receiving more media attention over the past few months, we’ve had some questions/concerns arise from our buyers, and our executive team has asked that I connect with you about your stance on a few issues that may continue to come into question.”

“As soon as I read those words, a knot formed in my stomach,” Robertson says. “I immediately knew that the problem was going to be with my very vocal support of LGBTQ equality and inclusion in the church — unfortunately, I was right.”

Robertson spoke with Krieg on the phone that afternoon. According to Robertson, Krieg explained Destiny’s concern that Christian retailers wouldn’t buy the book because of Robertson’s public advocacy for gay and lesbian inclusion in Christian communities. Krieg then emailed Robertson Destiny’s statement on homosexuality. It was the first time, Robertson says, that they asked him if he could agree with the statement. It reads: “Destiny Image accepts the Holy Scriptures as the infallible word of God and answers all questions concerning life and godliness. We do not condone, encourage or accept the homosexual lifestyle. Destiny Image renounces this lifestyle as ungodly and completely contrary to the Kingdom of God.”

The statement continues with this Bible passage from 1 Corinthians: “Or do you not know that the unrighteous shall not inherit the kingdom of God? Do not be deceived; neither fornicators, nor idolaters, nor adulterers, nor effeminate, nor homosexuals, nor thieves, nor the covetous, nor drunkards, nor revilers, nor swindlers, shall inherit the kingdom of God. And such were some of you; but you were washed, but you were sanctified, but you were justified in the name of the Lord Jesus Christ, and in the Spirit of our God.”

Robertson emailed Krieg to let them know that he could not sign or uphold such a statement. “I know what this likely means,” he wrote. “But just wanted to be very clear.”

“Thanks so much for your honesty,” Krieg replied, saying that she would relay their conversation to the executive team. “I truly appreciate it, and I completely respect your stance.”

Nine days later, on Feb. 19, Destiny Image called Robertson to inform him that, “for the success of my book and for their financial reasons,” as Robertson puts it, they were no longer going to publish his book. “It just reopened all those rejections wounds,” says Robertson. “I am at a frustrated point, not for my book, but this is so symptomatic of what happens in the broader evangelical community — every day, LGBTQ individuals are told that they are no longer welcome in churches, are kicked out of homes, are fired from jobs, and forced in to reparative therapy by those who claim to represent Jesus.”

When TIME asked Nori why Destiny pulled the book, Nori did not address the role that Robertson’s position on sexuality played in their decision: “There is nothing significant to report,” Nori says. “We did not reject or refuse. As with all books, a publisher decides what is financially viable. We released the book back to the author with our sincere prayers for his success. This occurrence happens every season.” 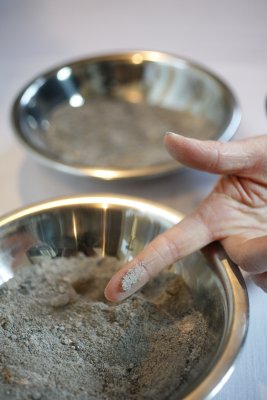 The Problem With #AshTag on Ash Wednesday
Next Up: Editor's Pick