Prove it: Silencing the anti-vaccine crowd can save a lot of lives
Justin Sullivan; Getty Images
Ideas
By Jeffrey Kluger
Jeffrey Kluger is Editor at Large for TIME magazine and the author of ten books, including Apollo 13, Apollo 8 and two novels for young adults. He has written more than 40 cover stories for TIME on topics ranging from space to human behavior to climate to medicine. Along with others at TIME, Kluger is an Emmy nominee for the web series A Year in Space.

Mark Zuckerberg has never been famous for his reading choices. No one knows or cares if the founder of Facebook got around to Moby Dick when he was at Harvard. But in January, Zuckerberg launched an online book club, offering reading recommendations to members every two weeks. Earlier suggestions included such important works as Steven Pinker’s The Better Angels of Our Nature and Sudhir Venkatesh’s Gang Leader for a Day.

But Zuckerberg dropped something of a small bombshell with his most recent—and most excellent—choice, On Immunity by Eula Biss. It’s a thoughtful exploration of what’s behind the irrational fear and suspicion in the anti-vaccine community, as well as a full-throated call for parents to heed medical wisdom and get their kids vaccinated. “The science is completely clear,” Zuckerberg writes, “vaccinations work and are important for the health of everyone in our community.”

So kudos to Zuckerberg for getting the truth out and challenging the lies.

And shame on Zuckerberg for enabling those lies, too.

Social media sites can do an exceedingly good job of keeping people connected and, more important, spreading the word about important social issues. (Think the ALS Ice Bucket Challenge would have raised the $100 million it did for research into Lou Gehrig’s disease if people couldn’t post the videos of themselves being heroically doused?) But it’s long been clear the sites can be used perniciously too.

Want to spend some time in the birther swamp, trading conspiracy theories with people who absolutely, positively can tell you the Kenyan hospital in which President Obama was born? You can find them online. Ditto the climate-denying cranks and the 9/11 truthers.

But the anti-vaxxers have a particular power. People who buy the nonsense on a birther or truther page can’t do much more than join that loony community and howl nonsense into the online wind. Climate change denial is a little more dangerous because every person who comes to believe that global warming is a massive hoax makes it a tiny, incremental bit harder to enact sensible climate policy.

Anti-vaxxers, however, do their work at the grass-roots, retail, one-on-one level. Convince Mother A of the fake dangers of vaccines and you increase the odds that she won’t vaccinate Child B—and perhaps Children C, D or E either. And every unvaccinated child in her brood increases the risk to the neighborhood, the school, the community—the entire herd, as the epidemiologists put it. The multi-state measles outbreak that began in Disneyland, along with the epidemics of mumps and whooping cough in Columbus, Ohio and throughout California, have all been fueled by falling vaccine rates.

One thing that would help—something Zuckerberg could do with little more than a flick of the switch, as could Twitter CEO Dick Costolo and the other bosses of other sites—is simply shut the anti-vaxxers down. Really. Pull their pages, block their posts, twist the spigot of misinformation before more people get hurt.

The very idea of muzzling any information—even misinformation—will surely send libertarians to their fainting couches. Similarly, people who believe they understand the Constitution but actually don’t will immediately invoke the First Amendment. But of course they’re misguided. Is Facebook a government agency? No, it’s not. Is Zuckerberg a government official? No, he’s not. Then this is not a First Amendment issue. Read your Constitution.

It’s not as if the folks at Facebook aren’t clear about the kinds of things they will and won’t allow on the site, providing a brief listing and a detailed description of what are considered no-go areas. “You may not credibly threaten others, or organize acts of real-world violence,” is one rule, so nobody would get away with posting instructions for, say, how to build a pressure cooker bomb. There is nothing in the regulations that specifically prohibits trafficking in bogus medical information, but the first section of the policy statement begins, “Safety is Facebook’s top priority,” and then goes on to say “We remove content and may escalate to law enforcement when we perceive a genuine risk of physical harm, or a direct threat to public safety.” (Emphasis added.)

It’s worth wondering if Facebook would consider a page arguing that HIV does not cause AIDS and that therefore condoms are not necessary a threat to public safety. What about one that told teens that bogus research shows it’s OK to drive drunk if you’ve had no more than, say, three beers? If the site managers didn’t block these pages and a multi-car crack-up or a cluster of HIV infections occurred as a result, would they wish they they’d made a different decision? It’s hard to know. (As of publication time, Facebook had not responded to TIME’s request for a comment on, or further statement about, its policies.)

Facebook is equal parts town square, medium of communication and commercial bazaar—complete with ads. And it does all of those jobs well. What the site shouldn’t be is a vector for lies—especially lies that can harm children. Free speech is not in play here. This should be an easy call.

Read next: Doctors Who Minimize Measles Should Lose Their Licenses 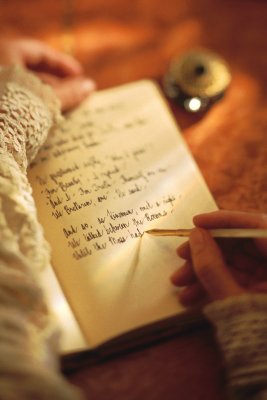 10 Science-Proven Ways to Be Happier
Next Up: Editor's Pick