Here's the Minimum Exercise You Need for Maximum Results

It doesn’t take much: women who exercise a few times a week have a lower risk of heart disease, stroke and blood clots compared to women who didn’t exercise at all, finds a new study published in the journal Circulation.

About one million women in England and Scotland, who were an average age of 56, reported their physical activity starting in 1998 and were followed for up to a decade. Researchers from the University of Oxford in the U.K. analyzed how much and how hard the women exercised, along with their incidence of heart disease, stroke and blood clots.

Interestingly, the women who exercised more did not necessarily lower their risk of heart-related problems. There seemed to be a threshold, or magic number after which the benefits started to decline. They found the biggest difference in risk of heart disease between the women who did some activity versus none, which should be a comfort to anyone daunted by the prospect of an intense exercise routine.

But the interesting patterns emerged when they looked more closely at how much exercise was enough to keep the women’s health risks low. Among those opting for moderate exercise, which included activities like walking, gardening and even housework, the benefits seemed to peak at 4-6 sessions a week. For women who did strenuous exercise, the kind that caused sweating and a fast heart beat, 2-3 times a week was best—it reduced their risk by about 20% compared to those who rarely or never exercised.

Exercising strenuously more than three times a week was associated with increased vascular risk, which echoes the findings of another recent report that found pushing your body too hard can undo the benefits of exercise.

MORE This Is How Much Exercise Experts Think You Really Need

The authors stress, however that the average middle-aged woman isn’t in any danger of over-exercising. “Activities may not necessarily need to be sports or exercise at the gym, because even everyday activities such as gardening and walking were associated with significantly lower risks in these women,” says lead study author Miranda Armstrong, a physical activity epidemiologist at the University of Oxford.

In an editorial published in the same journal, Rachel Huxley, professor at the University of Queensland in Australia, points out that about 25% of the women in the study smoked. Though the authors controlled for the effects of smoking on heart disease, they acknowledge that smoking may have contributed to the higher rates of vascular risk they found among heavy exercisers. And only 3% of the sample of women said they engaged in such strenuous exercise, so that data involves far fewer women.

The message for most of us is this: it doesn’t take much physical activity to start reaping its health benefits. “These findings may offer some hope—and even perhaps a dash of inspiration—to the estimated 30% of adults worldwide who struggle to achieve the recommended levels of physical activity,” Huxley writes. 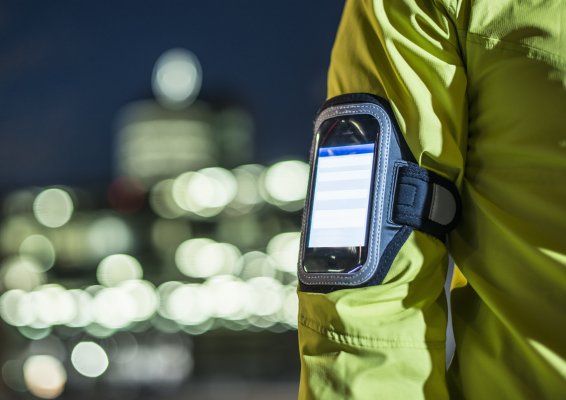