Here's Proof That Everyone Will Be Online Dating This Valentine's Day

The lonely hearts club will be raging on the Internet this weekend.

If you’re worried that going on dating sites and apps on Valentine’s Day is a faux pas, then let these statistics assuage your fears and enable your swiping. The leading purveyors of digital courtship confirm that, for the most part, Valentine’s Day sees a spike in user activity. (On JDate, instant messaging has gone up 150% on the holiday). See what happens on your favorite site under the pressure of Cupid’s arrow.

Considering that the site’s mascot is the symbol of Valentine’s Day, it shouldn’t be a surprise users celebrate accordingly. This week traditionally garners a 5% gain in the number of users who log in and an approximate 10% gain in messages. “This is fairly significant as traffic does not normally change this much in such a short period,” CTO Mike Maxim tells TIME via email.

The week after, things slow to normal, which could mean the connections were taken offline.

“This is without a doubt our busiest time of year,” Laura Seldon, the managing editor JDate and Christian Mingle parent company Spark Networks, says. After looking at statistics on Valentine’s Day compared with a four-week average from mid-October, she found:

JDate’s page views increased by 50%, its unique visitors surged up 100%, and user interaction spiked a whopping 150%.

Christian Mingle also experienced increases of 50% for page views and visitors and 30% in user interaction.

“We are very happy to see is that the spike in activity is not just passive browsing,” Seldon says, adding that activity picks up even more on the 15th when users look to reignite their love lives.

Match’s peak season is from Dec. 26 to Feb. 14 when the site sees a 38% jump in new members. But a spokesperson says that this particular Valentine’s Day weekend will be particularly active, thanks to President’s Day making it a double holiday weekend. On Monday, it expects a 20% spike in communication compared to last week.

February is usually a slow month for the dating site, primarily because of the large spike January brings. (Gotta love New Year resolutions). That said, Valentine’s Day is the outlier. In 2014, Coffee Meets Bagel experienced a 62% jump in mobile sign ups versus the same day the week before.

User activity on the dating app doesn’t spike or drop on the holiday. “From what we’ve noticed, our users don’t obsess about Valentine’s day,” marketing director Karen Fein tell TIME. “It’s just a day like any other.”

Last year Tinder saw a huge saw a huge spike in downloads and usage — but that might be less about the holiday and more about Olympics gold medalist Jamie Anderson’s pre-Valentine’s Day interview in which she revealed that “Tinder in the Olympic village is next level.”

Tinder tells TIME that it has been seeing an increase in messaging in the last week-and-a-half—and Wednesday marked the app’s biggest daily usage ever, up 6.4% from last month. Whether that’s do to Valentine’s Day or just a result of Tinder’s growth (there are one million new users on Tinder each week), is one big shrug emoji. 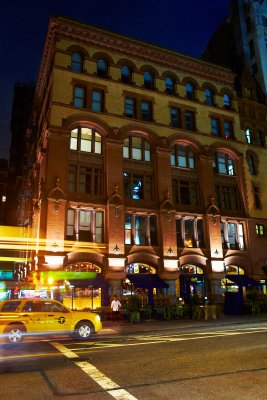 These Are the 20 Best Cities for Singles
Next Up: Editor's Pick