Starbucks Says Kenny G Helped Give Rise to the Frappuccino

When Kenny G revealed he had a hand in bringing about the Frappuccino, we thought a great piece of pop culture trivia had been unearthed.

During the promotion of his new album, Brazilian Nights, the Grammy-winner recounted how he had helped introduce the famous beverage to the Starbucks menu.

“Well, at the beginning, Starbucks didn’t have anything but coffee, and there was another company, Coffee Bean, that had something called blended … it was a sweet drink, and people were lined up around the block,” the sax star told Bloomberg.

“And I would always call Howard [Schultz, Starbucks chairman, president and CEO] and say, ‘Howard, there’s this thing that they do there that’s like a milkshake or whatever, ” he continued. “And so I think that part of the reason that they did Frappuccino was people like me giving them that kind of feedback. I like to think I was partially responsible for that.”

So, Kenny G and coffee — who knew? And according to the Starbucks fact sheet, it looks like the Frappuccino has enjoyed a very rich — and delicious — history since it first debuted in 1995.

So what does Starbucks think of Kenny G’s comments?

“Kenny is a dear friend of Starbucks and an early investor in the company,” a spokesperson for Starbucks tells PEOPLE … “He did provide feedback on the creation of Frappuccino. That’s true … We are very appreciative of everyone, including Kenny, who’ve been a part of the success of Frappuccino.” 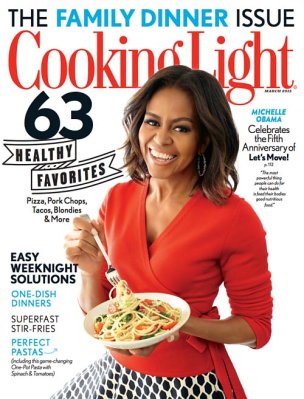 Why the Obamas Don't Eat Mac and Cheese Out of a Box Anymore
Next Up: Editor's Pick