You don’t need a specialized fitness monitor to track how far you walk each day. Step and activity tracking apps are multiplying to take advantage of movement sensors already inside smartphones. But can these free apps track step counts as well as a $99 bracelet monitor?

Yes, according to a new study published in JAMA. With more than half of Americans carrying smartphones—versus about 1 percent wearing specialized activity trackers such as those made by Fitbit or Jawbone—researchers think tapping into these apps could help many more people get active.

“Most of these devices are accurate,” says Mitesh Patel, an assistant professor of medicine at the University of Pennsylvania’s Pearlman School of Medicine and coauthor of the new report. He and his colleagues hope the “findings help reinforce individuals’ trust in using smartphone applications and wearable devices,” they note in the paper.

But not all trackers reported identical results. The biggest outlier was Nike’s Fuelband, which tended to count fewer steps (as much as 20 percent less) than were actually taken. The iPhone 5’s Moves app was more likely to report additional steps. Closest to the accurate number were the pedometers Fitbit One and Fitbit Zip.

Despite these slight differences, Patel says, “if someone wants to know whether they’re active, these [all] do the job.”

Pedometers, which clip onto the waistband at the hip, have been the gold standard for accurately counting steps both in and out of the lab, says Greg Welk, an associate professor of kinesiology at Iowa State University, who was not involved in the new study. But these pods failed to really catch on with consumers.

The integration of step counters into smartphone apps represents an even bigger opportunity to make activity monitoring more widespread. And in Patel’s small study, the apps actually outperformed wrist-based trackers in accuracy. That finding, however, might be due to the fact that volunteers wore the phones in their pants pockets, close to the hips where stride movements are more distinct than they are on the wrist. In the real world, of course, smartphones are not shoved into a pocket and ignored all day.

Which gets to a big problem in this research, which “still doesn’t answer the question of how accurate these things are in the setting where they are meant to be used,” says Ray Browning, associate professor in Colorado State University’s health and exercise science department. That is, outside of slow, deliberate treadmill walking. In the case of the smartphone, he wonders, will apps measure steps as accurately if the phone is carried in a bag, in hand for typing or up to the ear for talking? Patel agrees that his findings are limited: “We don’t know what’s going to happen when people get out in the real world and move around.”

And for many people, walking is not their only daily activity. “The challenge really is when people are doing things other than walking,” Browning says. Many current step trackers will miss exercise from a bike ride, yoga, gardening or elliptical trainers, he notes.

The broader goal of step counters is to help people be more active. An element of quantification—and competition—might the first step in helping someone choose to walk to a nearby restaurant for lunch rather than drive, Browning says.

While trackers dial up their accuracy, motivation is becoming the next frontier. “We’re still trying to figure out how to transfer [activity data] into long-term behavior change,” Browning says. Improvements could come in the form of more engaging platforms, different types of competitions, financial incentives from employers, doctor referrals or well-timed text messages. Ideas from behavioral economics, for example, could help people get and stay motivated, Patel and his colleagues noted in a JAMA op-ed last week.

Despite small variances in steps counted, if you stick with one monitor, it is likely going to be consistent to you, says Welk, whose 2014 paper on wearable fitness monitors examined discrepancies in calorie estimates. Reflecting relative changes in your activity and behavior, he says, is the real power of these tools. 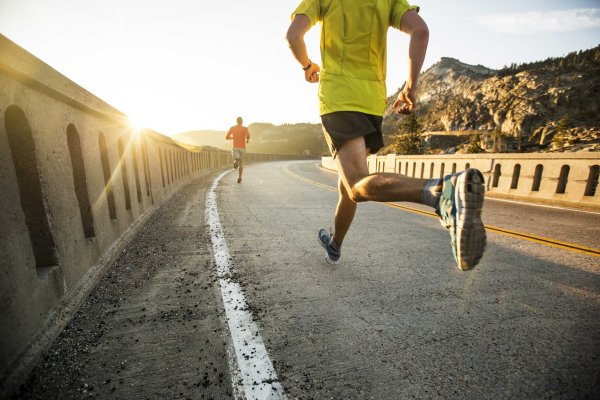 When Exercise Goes Too Far
Next Up: Editor's Pick