Elizabeth Renstrom for TIME
Ideas
By Ingrid Kohlstadt
Ingrid Kohlstadt, MD, MPH, is a physician graduate of Johns Hopkins School of Medicine. Dr. Kohlstadt is a Faculty Associate at Johns Hopkins University Bloomberg School of Public Health and double-board certified in preventive medicine and nutrition. She edited textbooks Food and Nutrients in Disease Management and Advancing Medicine with Food and Nutrients, Second Edition. Dr. Kohlstadt has worked for the CDC, the FDA, the USDA, the Indian Health Service and the Johns Hopkins Weight Management Center, and serves on the review board of Nutrition Journal.

The editor of Biblical Archaeology Review, Hershel Shanks, 84, told it straight while dining at the Cosmos Club in Washington, D.C. “There’s not much written on diets for octogenarians,” he commented casually as the waiter brought him a fruit bowl sans dessert. “I hope I’m doing the right thing.” He was. But why can’t someone as erudite and research-facile as Shanks find answers to his nutrition questions?

Shanks is unlikely to glean helpful advice from diet books. An analysis of 12 robust clinical studies across four popular diets (Atkins, Weight Watchers, South Beach, and Zone) didn’t focus on dietary outcomes of particular relevance to elders, nor were the elderly represented in these studies.

Some people reason that it’s unproductive for the elderly to diet. The rationale I’ve heard sounds like this, “Reaching one’s 80s and living a vibrant life, that’s success. You can’t improve on that. Besides, who is going to change what they eat in their 80s?” Dr. Zeke Emanuel took this argument disturbingly further. His essay entitled “Why I Hope to Die at 75,” published in The Atlantic last fall, implies that elder nutrition should not be supported by healthcare dollars. For Emanuel this was more than personal opinion because he helmed the nation’s healthcare reform. Following the controversial essay, the American Medical Association Foundation reconsidered, but ultimately upheld, Emanuel as the 2013 recipient of the organization’s prestigious Award for Leadership in Medical Ethics and Professionalism, leaving our nation with lingering questions.

But in practice, doctors are having success extending vibrant lives and changing the refueling habits of their elderly patients. “There’s no upper age limit for obesity medicine,” maintains Lawrence Cheskin, MD a gastroenterologist and Founding Director of the Johns Hopkins Weight Management Center for the past 24 years. He has treated several nonagenarians.

Doctors in various medical specialties are taking a renewed interest in the gastrointestinal tract of their elderly patients. Five interventions which are backed by strong evidence and clinical experience are presented here in order of their geographic appearance along the alimentary tract (gut). I call it the “nutrition takes guts” check-up:

In my experience patient interest is seldom a barrier to accessing nutritional medicine services. A more formidable challenge is reimbursement for both physician visits and the diagnostic tests they order. Dr. Cheskin says reimbursement hasn’t gotten any easier; there is no single checkbox on billing forms. Instead a nutritional assessment requires many screening diagnostic billing codes.

At the D.C. luncheon lecture on health insurance and medical research where I met Mr. Shanks, he stopped me, punctuating the air with his dessert fork. “It’s not about doctors, researchers and the government [health insurance]. Try writing for people. People need to know about this.” And, ultimately, it is the people’s choice. 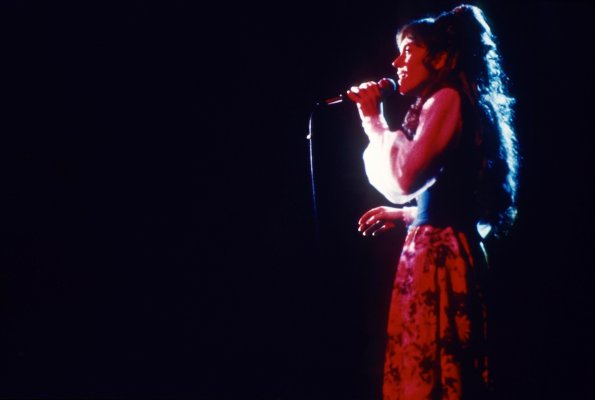 How Karen Carpenter's Death Changed the Way We Talk About Anorexia
Next Up: Editor's Pick