Birdman Flies Ahead in Oscar Race

The man who becomes a bird is flying high in the Oscar race. The boy who becomes a man fell to Earth. And the SEAL with a sniper rifle remains an outsider, and may be out of ammunition.

The fast-evolving competition for the Academy Award for Best Picture took another Darwinian leap this weekend with the Producers Guild awards on Saturday night and the Screen Actor Guilds ceremony on Sunday. The two industry guilds, many of whose members also vote for the Oscars, presented their top prizes to Birdman or (Whatever the Silly Subtitle Is), making Alejandro G. Iñárritu’s dramedy about a desperate actor the front-runner for the most coveted Oscar. No film that won the SAG and the PGA awards has failed to win the Academy’s Best Picture since 2007, when Little Miss Sunshine lost out to The Departed.

In a mild upset at SAG, Eddie Redmayne took Best Actor for his role as Stephen Hawking in The Theory of Everything, nosing out Birdman leading man Michael Keaton. But Keaton did share in his film’s Ensemble award, so the SAG members may have figured they were spreading the wealth.

The other acting Oscars reached mathematical certitude when SAG named Julianne Moore as Best Actress for Still Alice, J.K. Simmons as Best Supporting Actor for Whiplash, and Patricia Arquette for Boyhood. That Richard Linklater drama of Texas family life, shot over a 12-year period as lead actor Ellar Coltrane grew from first-grader to college freshman, has been the critics’ darling since it premiered a year ago at the Sundance Film Festival, But losing the SAG and PGA benedictions means it’s a slightly longer shot for Best Picture.

The Screen Actors, who traditionally reward movies with large casts—such as Crash over Brokeback Mountain in 2006, presaging the Crash Oscar win—had been expected to favor Birdman, with its powerhouse acting team, above Boyhood, which has an essential cast of four, two of whom are kids. But the Producers, whose top choice has coincided with the Academy’s in every year since 2009, when the Best Picture Oscar expanded from five finalists to as many as 10, certainly gave a thumbs-up to Birdman and a time-out to Boyhood.

SAG and the PGA also agreed in ignoring the colossus in the room: Clint Eastwood’s American Sniper, which went into wide release just 10 days ago and has already earned $200 million. That’s a record-breaking debut for any R-rated film or, for that matter, any movie without a fantasy superhero—though the Sniper critics might say that Chris Kyle, the Navy SEAL sharpshooter played by Bradley Cooper, is too good to be believably true. The film was a PGA finalist, and Cooper shortlisted for SAG’s Best Actor prize, but won nothing except the hearts and minds of the mass movie audience. These are not the People’s Choice Awards.

Birdman, which has never played in as many as 1,000 North American theaters, just crossed the $30-million threshold this weekend. But box-office popularity has rarely been a factor in the decisions of SAG, the PGA or the Academy.

What all three groups love is movies about acting with a capital A: the process of creating a work about the agonies and ecstasies of performance. Consider the 2011 winner The King’s Speech, detailing King George VI’s rehearsal for a radio speech against Hitler; the 2011 champ The Artist, a virtually wordless valentine to a silent movie star; and the 2013 recipient Argo, in which a CIA agent tutors U.S. Embassy personnel in Teheran how to act their way out of Iran.

Birdman is basically All About Eve—the 1950 comedy about rehearsal rivalries in a Broadway show, and another Best Picture laureate—reimagined as a Batman suicide mission. The movie couldn’t be actor-ier.

And at least four weeks before the Academy Awards, it couldn’t be Oscar-ier. 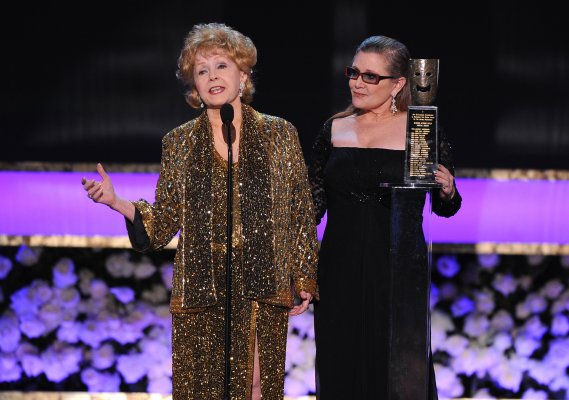