Marijuana plants are seen at a indoor cultivation.
Andres Stapff—Reuters
By Sam Frizell

It’s not hard to imagine: milk fiends buying illegal, unpasteurized milk in darkened back alleys. Shady dealers running shipments of raw milk across the Mexican-American border. A high-speed police chase down I-95, the suspects tossing gallons of unpasteurized milk out the window in a frantic effort to ditch the evidence.

An underground black market for unpasteurized milk like the kind that exists for marijuana is, of course, absurd. But it’s still fun to imagine, because more Americans today want to ban the sale of raw milk than marijuana, according to a recent study. Some 59% of Americans support a ban on the sale of raw, unpasteurized milk, while just 47% support a ban on the sale of marijuana, according to Oklahoma State University’s Food Demand Survey. The U.S. currently has a patchwork of different laws regarding raw milk. States like New York and Iowa ban the retail sale of raw milk, while California and Idaho permit it.

It’s hard to imagine Americans’ perceptions of safe and unsafe goods being the same 50 years ago. More than 80% of Americans support mandatory country-of-origin labels for meat and labels for food produced through genetic engineering. Almost 70% support calorie labels on restaurant menus, and more than 64% support calorie limits for school lunches. 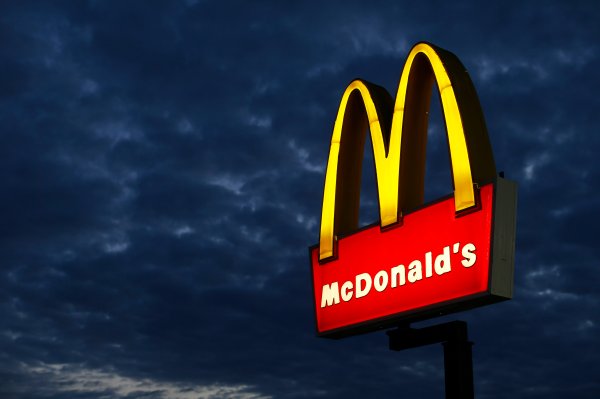 Here Are the 2 Last McDonalds to Serve Pizza
Next Up: Editor's Pick