This Is America's First Dog Café

Cat cafés are so 2014. Of all the restaurant trends last year, few seemed to get as much press as the fervor surrounding feline-friendly coffee shops. But 2015 is shaping up to be the Year of the Dog.

“The Dog Café,” as it is quite simply named, hopes to open in Los Angeles as America’s first dog café. The project is the brainchild of Sarah Wolfgang who has worked at animal shelters in the States and in Korea.

A dog café is not much different than its cat counterpart. Customers can come in for a coffee or tea knowing that plenty of furry friends will be around to brighten their spirits. All of Wolfgang’s dogs will be up for adoption as well, though you’re not required to grab a new pet with your latte. “The Dog Café’s mission is simple. We want to provide a second chance for shelter dogs that are often overlooked,” she told LA Weekly. “The Dog Café is going to put a spin on the way people adopt by totally reinventing the way we connect with homeless dogs.”

As with cat cafés, Wolfgang’s spot has some restrictions. Because of health code regulations, the service area and dog area have to be separated, meaning even those who aren’t looking to have their leg humped can still get their daily caffeine fix. But even buying a cup of coffee is dog-friendly: the beans come from Grounds & Hounds Coffee, a local roaster that donates 20 percent of profits to a local shelter.

Like pretty much every project on planet Earth right now, The Dog Café is currently in the crowdfunding stage. Wolfgang is hoping to raise $200,000 via an Indiegogo campaign. No projected opening date appears to be given for the café, though as of this writing, the funding is still far short of its goal.

For the record, 2015 is technically the Year of the Sheep, but I don’t foresee any sheep cafés in the near future.

This article originally appeared on FWx.com. 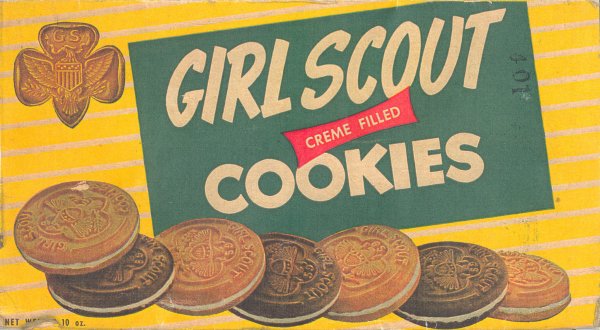 The Evolution of Girl Scout Cookies, From Grandma's Kitchen to Your iPhone
Next Up: Editor's Pick