Two major Hollywood events took place on Thursday: first, the 2015 Academy Award nominees were announced and, later, many of the same actors, directors and producers honored — and snubbed — gathered together on the red carpet of the Critics’ Choice Awards, though the Oscars were clearly at the front of everyone’s thoughts.

Selma’s Carmen Ejogo, who played Coretta Scott King, said in an interview with USA Today, that she wished co-star David Oyelowo and director Ava DuVernay had been nominated. “I would have love to have seen them nominated,” she said. “They should have been, in my opinion.”

When Jessica Chastain, an awards’ favorite who wasn’t nominated for any of her four films this year, spoke to The Hollywood Reporter on the red carpet about the frustrating lack of diversity in Hollywood, she also seemed disappointed about the Selma snubs. “I long to see diversity in things in American cinema,” she said. “Some of my favorite films are foreign films because I know I’m going to get diversity when I see films from all over the world. It’s something that we lack here. Of course this morning it made it poignant. It’s Martin Luther King Jr.’s birthday today.”

Meanwhile Gone Girl writer Gillian Flynn, who adapted her best-selling novel for David Fincher’s film and was widely expected to earn a nomination, said simply, “I thought I’d get one.” But the writer spent more time praising the star of her film, Rosamund Pike, who was nominated for a Best Actress Oscar. “[Her nomination] was so well deserved. I was not remotely surprised. I just knew in my bones that she would have to get it. The amount of work that she did behind the scenes to make that role feel effortless and real and as crazy as it got. She’s just incredible.”

Phil Lord, the director of The Lego Movie, which wasn’t nominated for a Best Animated Feature Oscar, tried to keep it all in perspective. He initially responded to the snub on Twitter, before telling THR, “We made [the movie] in order to inspire families and kids and people and we’ve been really justly rewarded I think for that. We feel really lucky and the awards stuff is it’s own thing, and of course we’re disappointed, but it’s not the reason we made the movie.” 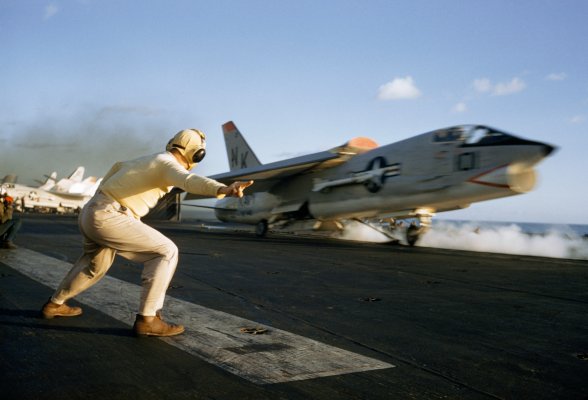 The Top Gun Carrier Is About to Be Scrapped
Next Up: Editor's Pick