Why Tiffany & Co.'s New Same-Sex Couple Ad Is Important to Me

By now, you’re probably aware that Tiffany & Co. just released its first ad featuring a same-sex couple. If you haven’t already seen it, here it is in all its glory.

The photo, shot by fashion photographer Peter Lindbergh, features a real life gay couple from New York, accompanied by the text “Will you?” Cute, right?

Tiffany is hardly the first company to feature a same-sex couple in its advertising. It joins the ranks of companies The Gap, JCPenny, and Banana Republic, to name a few, who have made gay couples a part of their advertising campaigns. But just because it’s not the first to do it doesn’t mean it shouldn’t be celebrated.

One of the things that stands out to me the most about this ad is not that it features two men, but that it features people at all. Tiffany ads are typically completely devoid of any models, placing all focus on huge images of the jewelry.

Where many luxury jewelry brands employ celebrity faces to hawk their pieces, Tiffany (usually) lets its jewelry speak for itself, showcasing its pieces against the signature Tiffany-blue background.

Even on the website, you’ll only see a piece modeled on a hand or neck to better illustrate size and scale. So to me, Tiffany didn’t just use a gay couple where a straight couple would normally be; it made an exception and made them the focal point, the engagement rings a close second.

If you can’t already tell, I’m a huge fan of Tiffany, and have been for quite a while. I’ve worn one of the brand’s bands on my right ring finger for the last seven years, and this fall, I copped my mom and I matching T Rings from its new T Collection because both of our names start with the letter T. I know, how cute. Personally, it’s kind of nice to feel that a company that I’ve been representing for so long went out of its way to stand behind marriage equality.

I’ve heard a lot of people say that a company using a gay couple in its advertising shouldn’t be news, and I hear that, but I’d rather not look at it that way. True, featuring the LGBT community shouldn’t still be worthy of a headline, but I do think that it’s still worthy of recognition, at the very least. There are a lot of companies who are happy to take our money while still looking at us as second-class citizens, and I’m probably giving my money to more of them than I’d like to without even realizing it. So while I’m the king of skepticism, I’m not going to pick this one apart. I choose to see this good thing as a good thing.

True, this is an ad, and its purpose, at the end of the day, is to sell. It was no doubt conceived in a boardroom and given the green light because the suits behind Tiffany knew that it would be newsy enough for every media outlet to run an article about it, just like this one, which would mean a whole lot of free advertising for them. But you know what? I’m fine with that. Because the more eyes on it, the better.

I was thinking about what it would be like if I was in high school again, the only out gay kid in my class and probably the entire school, seeing this ad. Personally, it would have been powerful for me as a teenager to see an image of two men, well-adjusted and happily engaged.

Walking through the halls every day, being so nervous all the time because I stuck out like a sore gay thumb, feeling like such a frazzled weirdo simply because of who I was. Looking through a magazine and have this company tell me “Yo. Look at these fine men. They’re just like you. You’re beautiful and normal and your love is worthy of recognition,” that would have been big for me to see.

So you’re right when you say this sort of thing shouldn’t still be a headline, but if all of these headlines serve to get the ad in front of more peoples’ faces, then great.

It reminds me of this summer when a friend and I were cruising around in my car. Macklemore’s “Same Love” came on the radio, and he made some comment about how he was sick of the song because it is so overplayed. I pointed out that, yeah, the song had been played to death, but did you ever think we’d see a day where a rap song about marriage equality would be overplayed on top 40 radio?

Five years ago, less than that, even, the song would most likely never made it on an album, let alone on the radio. Now we can’t get rid of it. What I’m saying is, you gotta count your small victories where you can get them. And besides, it’s better than hearing “Dark Horse” for the thousandth time.

I realize that “Same Love” comes with its own slew of issues, like his Grammy win over genre-defining artists like Kanye West, Drake, and Kendrick Lamar, or the fact that it could have been done better by one of the many up-and-coming queer rappers who can spit better then Macklemore all day long, but I don’t hate on him for being an ally.

I guess how I see it is that no matter if it’s a jewelry ad or a rap song, visibility in all forms is important. Whether its marriage equality, trans rights, the homeless LGBT youth population, or any of the many issues facing the LGBT community, I personally count each and every instance of increased visibility as a win, and motivation to demand more of it. Personally, it’s just nice to feel seen.

Tynan Sinks is a music journalist and contributor for xoJane. This article originally appeared on xoJane.com. 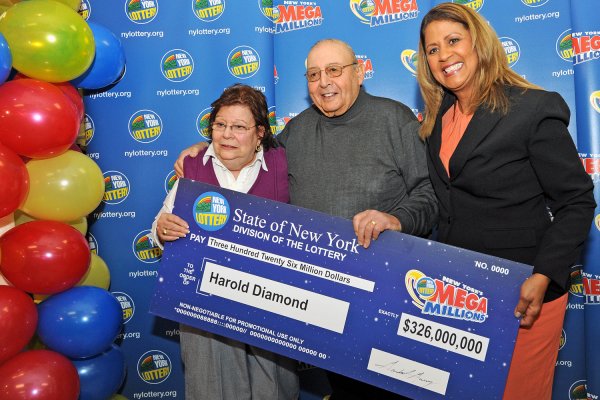