Ever had a time when you really needed a cup of coffee? Some days, the urge can be so strong that everything seems off until you have a hot cup of Joe in your hands.

Well, you’re not alone. Even pro athletes like Serena Williams find it hard to fight the siren call of caffeine. The tennis star made her love for coffee known during a recent match at the Hopman Cup in Perth, Western Australia.

Despite being the World No. 1 in women’s singles, Williams wasn’t doing too hot in her match representing the U.S. She dropped the first set 0-6 to Italy’s Flavia Pennetta.

Williams asked an official if she could order an espresso during the break between sets, SI.com reports. The request seemed silly, even to the pro herself, but the quick pick-me-up turned out to be a major game-changer.

Williams went on to dominate the next two sets 6-3 and 6-0, winning the match for the U.S. The athlete blamed a combination of jet lag and missing out on a cup of coffee as the reason for her slow start.

According to HopmanCup.com, Williams told reporters, “I am a coffee drinker. I didn’t have mine this morning and I was just feeling it, so I just had to get some coffee into me.”

HEALTH.COM: The Best Foods to Eat for Breakfast

Props to Williams for pulling off a win, but it does make you wonder just how much people really need their coffee.

“Caffeine withdrawal isn’t necessarily about addiction—it’s really more about your body adapting to having caffeine in your system, then reacting when the substance isn’t there,” says Health‘s contributing nutrition editor Cynthia Sass, MPH, RD. So if you’ve been a life-long coffee drinker, skipping your regular cup could bring on symptoms like headaches, fatigue, decreased alertness, and mood changes, she says.

HEALTH.COM: How to Burn Calories at Breakfast

That said, there are upsides to making coffee part of your routine, especially for athletes like Williams.

“Caffeine may help boost athletic performance by increasing muscle strength and physical endurance while decreasing feelings of fatigue,” says Marisa Moore, RD, a spokesperson for the Academy of Nutrition and Dietetics. “Having caffeine during activity may give that second wind.”

Before big athletic events, it’s important to stick to what’s worked during your training routine, Moore says. If that means having a cup of coffee, then by all means do it.

Just enjoy caffeine in moderation—Sass says the recommendation for enhancing athletic performance is up to 6 milligrams per kilogram of body weight, which is about 400 milligrams per day for a 150-pound woman. And don’t use the beverage as a quick fix for fatigue when other issues like stress or diet are to blame.

“The real keys are listening to your body, and being honest with yourself about why you’re reaching for a cup of coffee (or two),” she says.

Read next: The Science Behind Making the Perfect Cup of Coffee 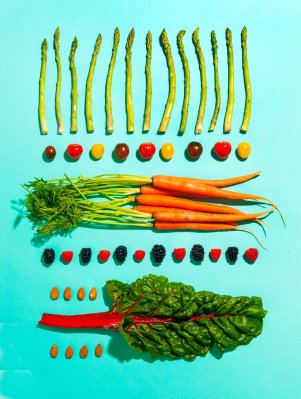 How to Get Kids to Eat More Veg
Next Up: Editor's Pick