Here Are Some Possible Reasons Why Selma Keeps Getting Snubbed

The Directors Guild’s list of nominees for top honors this year included some of the usual suspects — favorites this award season including The Grand Budapest Hotel, Birdman and Boyhood. But one film was conspicuously absent. Despite nearly universal praise from critics (including TIME’s Richard Corliss) and nominations from the Spirit Awards and the Golden Globes, the Martin Luther King Jr. biopic Selma and its director Ava DuVernay seem to have been snubbed again.

The Screen Actors Guild, which released its nominees last month, left Selma out of every category. A week ago, the Producers Guild of America struck another blow to the historical drama’s Oscar hopes when Selma failed to make the cut of its 10-film list. Given that the winners of the three guild awards are often seen as good predictors of who will win at the Academy Awards, it begs the question—what, exactly, is going on?

MORE Why You Should Care That Selma Gets LBJ Wrong

Some observers have pointed to racism or sexism affecting the decision, claims that can’t be altogether discounted. A nomination for DuVernay would have made her the only woman on the all-male list of nominees, and The Celluloid Ceiling, an annual report on women working behind the camera in cinema, shows an alarming gender disparity in the industry that has not improved since the study began in 1998.

Some, like Peniel Joseph, a history professor at Tufts University, have argued that the recent backlash against the film for its supposed misrepresentation of Lyndon Johnson is an attempt by white viewers to maintain control over the Civil Rights narrative. “The real problem many critics have with this film is that it’s too black and too strong,” he writes in an op-ed for NPR. “Our popular reimagining of the civil rights movement is that it’s something we all did together and the battle is over; that’s just not true.”

DuVernay herself responded to claims of historical inaccuracy on Twitter. “Everyone sees history through their own lens and I don’t begrudge anyone from wanting to see what they want to see,” the 42-year-old director said. “This is what I see. This is what we see. And that should be valid.”

But the explanation that has emerged most frequently for Selma’s lack of nods in recent weeks is the production team’s failure to send screeners to the guild voters. Though award shows encourage voters to see the films on the big screen, many rely on delivered DVD copies to keep up.

Variety reports that Paramount, Selma’s production company, decided to send screeners to the BAFTAs and the Oscars this year, but not to the guilds. Representatives from Paramount said that the decision was based on time constraints, and that similar decisions had to be made with last year’s The Wolf of Wall Street. Historically, the Oscars have been held in late March or early April, but now that the ceremony has shifted a month earlier into the year, all the preliminary awards—and the deadlines—shifted, too. With Selma’s release in recent weeks, preparing screeners (a long process that requires special watermarking to deter online leaks) for the minor ceremonies proved impossible. Paramount received Selma on Nov. 26, Variety’s report states, and the winners for the SAGs were announced only two weeks later.

How much does this affect Selma’s chance at a Best Picture nomination? That depends. In the past, both the SAGs and the PGAs have been heavy indicators of Oscar nominees and winners. The voting body of the SAGs overlaps a lot with the Academy, and the PGAs’ nominees have included the Best Picture winner every year since 1995.

But there is some good news for Selma: ever since the Best Picture list grew from five to 10, at least one nominee failed to make the PGA cut. With that, coupled with all the conversation it has been generating, Selma’s Oscar hopes are definitely still alive. 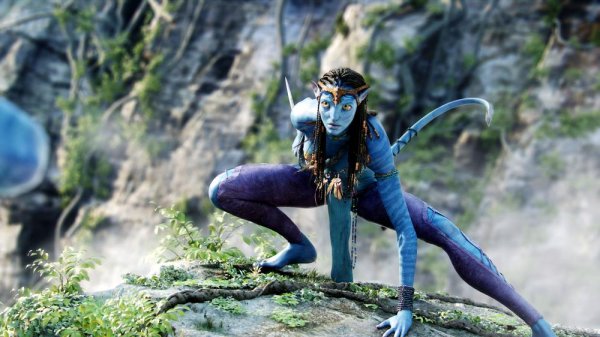 Avatar Sequel Pushed Back to 2017
Next Up: Editor's Pick