If you’re thinking of shedding a few pounds this new year, you’ll be far from alone. In 2012, 22 percent of people were on a diet after the holiday season, and that is a number that stays stable throughout the years, according to NBP group, a marketing research firm.

Not wanting to lose out on a profitable consumer population, chain restaurants have been adding new items to their menu that cater to a calorie-conscious crowd, but when most people who start a diet end up gaining back their weight and more, and amid new studies that are finding it is more than possible to be fit and fat at the same time, is branding the healthy-option menu a “skinny menu” a good move? Will it push sales? More importantly, will it continue to perpetuate the idea that looks are more important than health?

The trend started with Starbucks when it introduced its Skinny Lattes, meaning nonfat milk, sugar-free syrup, and no whipped cream. The drinks are only 110 calories versus their 250-calorie not-skinny counterparts. But are they any healthier? Obesity researcher Zoe Harcombe argues no. She says many of the vitamins we need are fat soluble and by getting rid of all the fat in our diets, we are slowing or even halting the necessary absorption of nutrients. She adds that these so-called treats only make us feel hungrier, and points to the fact that while saturated fat intake has fallen 50 percent since the 1970s, obesity levels have risen 10 times over.

The skinny trend soon carried over to other well-enjoyed drinks, like mojitos, margaritas, and martinis. There are only 100 calories in one of Applebee’s Skinnybee margaritas, compared to 150 to 170 in a regular margarita, and up to 550 calories depending on the mix and flavorings you use. The reviews for it are drab: Serious Eats dubs it “diluted lime and aspartame.” And with research confirming that drinks mixed with diet colas and other sugar-free options get you drunker more quickly, are they actually any healthier for you?

Some restaurants have moved on from solely skinny drinks and are now offering skinny food items, most famously Pizza Hut’s Skinny Slice, made with one-third of the crust and less cheese. It weighs in at 210 calories versus the 290 of a regular slice. The pizza chain is using the skinny label for marketing purposes, as it already has a flailing Fit and Delicious Pizza option. If Skinny Slice does well, they’ll phase out Fit and Delicious.

Not to mention, Dominos has created a similar pizza line, only this one is marketed to schools looking to improve their menus to federal standards. Instead of Skinny Slice, they’re marketing it as Smart Slice. Probably because school administrators aren’t out to make their students super-slim model types, but are instead interested in healthy eating habits, which could be considered smart.

But it doesn’t stop at drinks and pizza. Restaurants are adding full menu selections under the skinny label. The Melting Pot has a posh “Skinny Dipping” menu which advertises three courses of fondue for under 700 calories. Included are salads and fairly small portions. Potbelly Sandwich Shop offers “Skinnys,” a line of sandwiches made with thinner bread and less meat and cheese, all under 400 calories. The Cheesecake Factory, now known for having the fattest dish in America, offers a Skinnylicious menu: mostly grilled, small burgers, salads, and drinks.

I’d argue these restaurants are doing it right, with portion control and vegetable intake some of the bigger healthy-eating issues in America, but why label it skinny? Because of the wordplay? Not likely.

More likely is that skinny sells better than healthy does. People want to look good more than they want to feel good. And restaurants are for-profit ventures under no obligation to overturn societal stereotypes. That’s where we have to come in.

Instead of glorifying the thin ideal we’ve all been ingesting through media message since we could turn on a television or open a magazine, we need to continue the fight to relabel health around medically sound advice. We need to reconstruct body image so that those looking to feel better, to improve fitness and to be healthier have a shot at doing so without being shamed for not being skinny.

We won’t be alone. Some restaurants are already taking the leap, like TGI Fridays with its simply named “Low-calorie menu.” It’s not as snazzy, for sure, but it says what it is with no innuendos and no subconscious judgment. Subway keeps a bit of its branding by labeling its healthy menu items “Fresh, Fit Choices.” As states continue to tighten their legislation around fast food restaurant fare, many now requiring calorie counters alongside the menu items, restaurants from McDonalds to Arby’s to Chili’s are introducing new foods with lower caloric intake with no labeling at all.

None of this is necessarily bad. Americans are getting a wider array of choices to fit their ever-changing lifestyles. But when you take a bite out of your Skinny Sandwich and wash it down with a Skinny Latte, just remember, none of that will magically make you skinny. It’s up to all of us to replace the idealization of skinny with healthy, of thin with fit. It’s up to us to know that beneath that Skinnygirl cocktail there is a person looking to make healthy choices for herself, regardless of the label.

Darlena Cunha is a freelance journalist. This article originally appeared on xoJane.com. 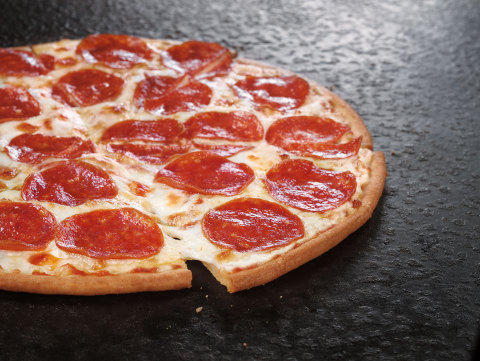