How Fidel Castro Went From Revolutionary to Ruler

Fidel Castro, the long-time Cuban leader who has died at 90, defined decades for his homeland—and, though he wasn’t always a man of such power, his charisma and drive were obvious from the beginning.

When TIME first mentioned his name, in the Dec. 10, 1956, issue, it was as a “wellborn, well-to-do daredevil of 29.” At that point, he had already been jailed after leading a 1953 uprising against Cuba’s then-leader, Fulgencio Batista; had gone to Mexico to pull together forces; had called their group the July 26 Movement after the date of the earlier failed uprising; and had issued an ultimatum to Batista. “In Havana,” TIME reported. “Castro’s followers painted ‘This is the year’ on walls.”

Although it ended up taking a few more years to topple Batista, the rise of Castro had begun. In late 1956, the group from Mexico sailed to Cuba and set up a camp. By 1957, Castro had galvanized the nation, and the rest of the world was paying attention too. As TIME reported:

In those years, as Castro summoned his followers from among Cuba’s professional class, the plan was to oust Batista and then rule for two years. After that point, free elections were promised; Castro also walked back some of his more radical ideas and denied that he wanted any power for himself: “I can do more for my country giving an example of disinterestedness,” he said.

Then, at the dawn of 1959, Castro and his crew won — and plans quickly changed.

“The executioner’s rifle cracked across Cuba last week, and around the world voices hopefully cheering for a new democracy fell still,” the story began. “The men who had just won a popular revolution for old ideals—for democracy, justice and honest government—themselves picked up the arrogant tools of dictatorship.” At the heart of the trouble was Castro:

In short, TIME’s writers worried, he had become synonymous with the movement he led. The cult of personality he inspired was no less autocratic than Batista’s rule had been.

The young revolutionary lawyer had changed, and there remained no doubt that Cuba under Castro would not look the way many observers had hoped. The world watched warily as his power increased and, more recently, as his regime began to relax some of its stricter policies. One thing, however, never changed: wherever Castro went, eyes followed.

Read the full 1959 cover story, here in the TIME archives: The Vengeful Visionary 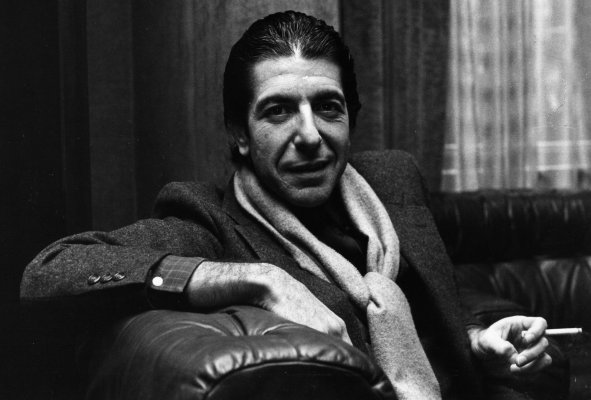 Celebrities Offer Tributes to Leonard Cohen
Next Up: Editor's Pick