Adam Gault—Getty Images
Ideas
By Soraya Chemaly
Soraya Chemaly is a media critic and activist whose work focuses on the role of gender in politics, religion and popular culture. Her work appears in Salon, CNN, Ms. Magazine, The Guardian, The Huffington Post, RHRealityCheck, Role Reboot and The Feminist Wire.

Last week, many people took time out of their busy schedules to tell me I was a moron, should shut up, and should learn to urinate like a man. These suggestions, ranging from irritable to misogynistic and violent, came in response to an article I wrote for TIME about the history and politics of women waiting in line for public toilets. In an effort to better understand opposing points of view, I’ve categorized the objections into 10 themes:

All of this in response to the simple question of why women are still not having their basic needs equitably met. During the past three decades, laws focused on “Potty Parity,” an infantilizing term redolent with Victorian shame, have been passed in the United States, and yet the problem persists. Increasingly, as the result of effective LGTBQ activism, communities are developing organic and often hybrid solutions, including gender-neutral bathrooms, that more equitably address everyone’s needs. If Viennese urban planners have done it for their city, surely we can do it for our public toilets?

Outraged people, employing ad hominem attacks, suggested I’d posited a “conspiracy,” and were particularly put out by the word “sexism,” something they associate with an individual’s explicitly intended discriminatory behavior. So why such virulent responses to an article about reducing women’s wait times and recounting history? The response isn’t about toilets but about when women—and other historically marginalized people—demand more than they are “given” and stop quietly accepting historically permissible marginalization in the public sphere.

Read next: The Everyday Sexism of Women Waiting in Public Toilet Lines 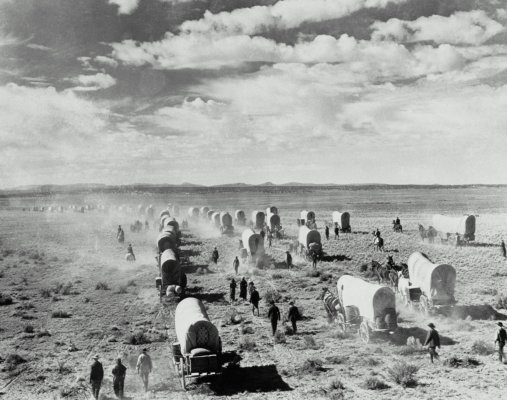 Women and the Myth of the American West
Next Up: Editor's Pick