How Not to Be 'Manterrupted' in Meetings

Manterrupting: Unnecessary interruption of a woman by a man.

Bropropriating: Taking a woman’s idea and taking credit for it.

We all remember that moment back in 2009, when Kanye West lunged onto the stage at the MTV Video Music Awards, grabbed the microphone from Taylor Swift, and launched into a monologue. “I’m gonna let you finish,” he said as he interrupted Swift as she was accepting the award for best female video. “But Beyoncé had one of the best videos of all time!”

It was perhaps the most public example of the “manterruption” – that is, a man interrupting a woman while she’s trying to speak (in this case, on stage, by herself, as an award honoree) and taking over the floor. At the VMAs it might have counted as entertainment, but ask any woman in the working world and we all recognize the phenomenon. We speak up in a meeting, only to hear a man’s voice chime in louder. We pitch an idea, perhaps too uncertainly – only to have a dude repeat it with authority. We may possess the skill, but he has the right vocal cords – which means we shut up, losing our confidence (or worse, the credit for the work).

We might have thought we were just being paranoid. But thanks to Sheryl Sandberg and Wharton business school professor Adam Grant (a man!) we can feel just a little less crazy when we mentally replay those meetings gone wrong. In a new op-ed in the New York Times, they point out the perils of “speaking while female,” along with a bevy of new research to prove that no, this is not all in our heads. (Disclaimer: I edit special projects for Sandberg’s women’s nonprofit, LeanIn.Org. Though I did not edit her Times op-ed.)

Sandberg and Grant cite research showing that powerful male Senators speak significantly more than their junior colleagues, while female Senators do not. That male executives who speak more often than their peers are deemed more competent (by 10%), while female executives who speak up are considered less (14% less). The data follows a long line of research showing that when it comes to the workplace, women speak less, are interrupted more, and have their ideas more harshly scrutinized.

“We’ve both seen it happen again and again,” Sandberg and Grant write. “When a woman speaks in a professional setting, she walks a tightrope. Either she’s barely heard or she’s judged as too aggressive. When a man says virtually the same thing, heads nod in appreciation for his fine idea.”

My friends have come up with terminology for it: Manterrupting. Manstanding. (Or talk-blocking, if you want the gender-neutral version.)

And the result? Women hold back. That, or we relinquish credit altogether. Our ideas get co-opted (bro-opted), re-appropriated (bro-propriated?) — or they simply fizzle out. We shut down, become less creative, less engaged. We revert into ourselves, wondering if it’s actually our fault. Enter spiral of self-doubt.

But there are things we can do to stop that cycle: women, men, and even bosses.

The reality is that we all exhibit what scholars call “unconscious bias” — ingrained prejudices we may not even know we have. (Don’t think you’re among the culprits? Take this Implicit Association Test to be proved wrong.) When it comes to women, that bias is the result of decades of history; we’ve been taught that men lead and women nurture. So when women exhibit male traits – you know, decision-making, authority, leadership – we often dislike them, while men who exhibit those same traits are frequently deemed strong, masculine, and competent. It’s not only men who exhibit this bias, it’s women too: as one recent study found, it’s not just men who interrupt women more at work — it’s women too. But acknowledging that bias is an important step toward correcting for it.

Establish a No-Kanye Rule (Or Any Interruption, for That Matter)

When Glen Mazarra, a showrunner at The Shield, an FX TV drama from the early 2000s, noticed that his female writers weren’t speaking up in the writer’s room – or that when they did, they were interrupted and their ideas overtaken — he instituted a no-interruption policy while writers (male or female) were pitching. “It worked, and he later observed that it made the entire team more effective,” Sandberg and Grant wrote.

Seriously, stop an interrupter in his (or her) tracks. Nudge him, elbow him, or simply speak up to say, “Wait, let her finish,” or “Hey, I want to hear what Jess is saying.” The words are your choice — but don’t stay silent.

Create a Buddy System With a Friend

Or, better yet, if you’re a woman, create a buddy system with a friend who is a dude. Ask him to nod and look interested when you speak (when he’s interested, of course). Let him to back you up publicly in meetings. Seriously, try it. It’s not fair, no. But dammit, it works.

If you hear an idea from a woman that you think is good, back her up. You’ll have more of an effect than you think and you’ll establish yourself as a team player too.

Give Credit Where It’s Due

Yes, everyone wants credit for a good idea. But research shows that giving credit where it’s due will actually make you look better (as well as the person with the idea).

Sit at the table, point to someone, stand up, walk to the front of the room, place your hand on the table — whatever it takes. Not only do these high-power poses make you appear more authoritative, but they actually increase your testosterone levels – and thus, your confidence. In some cases, it may actually help to literally “lean in”: in one study, researchers found that men physically lean in more often than women in professional meetings, making them less likely to be interrupted. Women more often leaned away — and were more likely to be interrupted.

… And Own Your Voice

Don’t undermine your authority with “I’m not sure if this is right, but—.” Speak authoritatively. Avoid the baby voice (leadership and authority are associated with the deep masculine voice, not with a softer, higher pitched tone). And please, whatever you do, don’t apologize before you speak.

Support Companies With Women in Power

We know that companies with more women on their corporate boards have higher outcomes and better returns. Teams with more diverse members perform better too. But having more women in power may actually encourage women to bring their ideas forward. In one study cited by Sandberg and Grant, researchers looked at the employees of a credit union where women made up 74% of supervisors and 84% of front-line employees. Shocker: women here were more likely to speak up, and be heard.

If all else fails, you can always learn how to talk really, really loud.

Read next: A Better Feminism for 2015

Illustration by Kathleen Edison for TIME
Most Popular on TIME
1
The Disastrous Swedish Approach to Fighting COVID-19
2
Yes, Texas Could Go Blue This Year
3
Khloe Kardashian Reveals Her Coronavirus Diagnosis 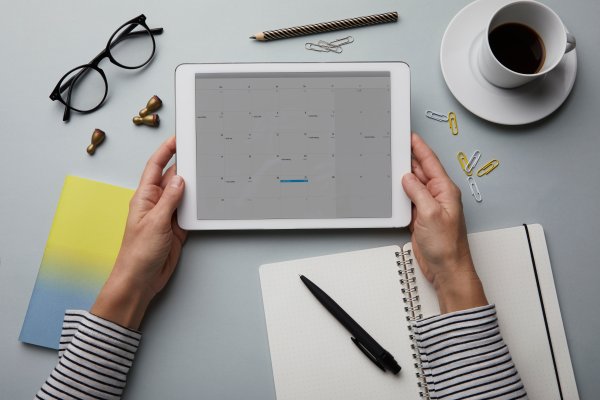 4 Ways to Be More Productive, According to Experts
Next Up: Editor's Pick