Next time you encounter a troublesome waiter, here’s a humbling thought: the problem could be YOU.

A recent study published by the journal Human Performance showed that an overwhelming percentage of waiters and other restaurant employees responded with a variety of retaliations when confronted with customers they thought gave them “extra stress.”

Among the top responses, 79% of food service employees (including servers, hosts, bartenders, cashiers and managers) said they made fun of annoying customers behind their backs, and 78% of the 438 survey respondents admitted to straight up lying to your stupid jerk face.

Luckily, more aggressive behaviors were less common: Only 6% of those surveyed had contaminated customers’ food, and a mere 5% had threatened a customer. (Though if you were in that 5%, you probably don’t consider it a small matter.) Also, here’s a reminder to check your bills and credit card statements, especially if you’re not so nice to the waitstaff: 11% of employees stated they had increased a tip without permission.

So, what can you do to avoid incurring the wrath of an angry server? Things that stressed restaurant employees out ranged from obvious issues like verbally aggressive customers to more subtle ones, like “ambiguous customer expectations.”

Granted, the problem of ambiguous customer expectations is itself a little ambiguous, but this survey does make it seem like you should go out of your way to be nice to your waiter. And if you want the best possible service, remember, always greet your server with a smile and ask how he’s doing. Maybe even ask if he needs his water refilled? 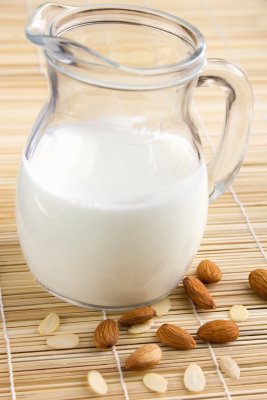 How to Make Milk Out of Nuts in 5 Easy Steps
Next Up: Editor's Pick