Fans of the creamy treats have expressed outrage not only over the fact that the Kraft Foods changed the recipe—no longer using Cadbury’s Dairy Milk—but also that the company reduced a pack from six eggs to five, without reducing the price.

Cadbury said it was “totes emosh” that the creme eggs are back on sale in a Facebook post Friday:

Fans proved “emosh,” too. But not in a good way.

Cadbury has taken to Twitter to defend its product changes, blaming its decision to sell five-packs on “economic factors.”

The company is now using a “standard cocoa mix chocolate” in its recipe, according to The Sun.

“It’s no longer Dairy Milk. It’s similar, but not exactly Dairy Milk. We tested the new one with consumers,” a spokesperson said. “It was found to be the best one for the Creme Egg, which is why we’ve used it this year. The Creme Egg has never been called the Cadbury’s Dairy Milk Creme Egg. We have never played on the fact that Dairy Milk chocolate was used.”

Read next: One Good Reason to Eat Chocolate Today

Correction: The original version of this story misstated the company that manufactures Cadbury Crème Eggs. It is Mondelez International. 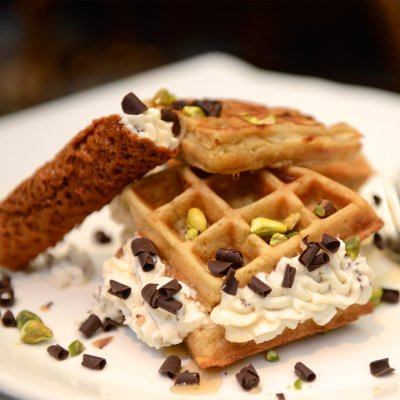 This Waffle is Actually One Huge Cannoli
Next Up: Editor's Pick