Pope Francis, flanked by the Archbishop of Westminster cardinal Vincent Nichols (L) greets a nun during the weekly general audience at the Paul VI Hall on January 7, 2015 in Vatican City, Vatican.
Franco Origlia—Getty Images
Ideas
By Christopher J. Hale
Hale is a Democratic politician from Tennessee; he has been a Catholic nonprofit executive and helped lead faith outreach for President Barack Obama.

There few things a Pope does that is more important than picking his Cardinals, which he announced on Sunday. From the college of Cardinals–none from the U.S.–will likely emerge Pope Francis’s successor. And because of the Argentianian Jesuit’s newest picks for the red hat, it’s increasingly likely that the election of the next Pope will surprise us even more than his election in March 2013.

By passing over the traditional Western Catholic powers of Europe and the United States, most of Francis’s newest cardinals come from the ends of the Earth, including Cape Verde, Ethiopia, Myanmar, Panama, Tonga, and Uruguay. Few of us could identify a majority of these countries on a map.

But Francis’s selections are also noteworthy because so many of them come from countries struggling with military violence, political turmoil, and devastating poverty.

Shortly after his election, the pope said he took the name Francis to honor the patron saint of the poor, Francis of Assisi, and to emphasize the responsibility of the Church to protect and defend the poor: “[t]his is what I want, a poor church for the poor.” Francis had early detractors who said the pontiff was all talk and would not bring substantial change to the Catholic Church and its governance. Nearly two years into his tenure as the Bishop of Rome, it’s clear that these prophets of doom were wrong.

By naming cardinals from the geographic and existential peripheries of the modern world, Pope Francis is showing us that’s he serious in his mission to rebuild the Church as “a place of mercy and hope, where everyone is welcomed, loved and forgiven.” To do this, Pope Francis realizes that he must lift up the voices and experiences of those who have been excluded from governance and decision-making authority in both modern-day political and ecclesial structures.

Even organizations dedicated to global governance, such as the United Nations Security Council, exclude the representatives of the most vulnerable nations and populations in their decision-making processes. With Pope Francis, the opposite is true. Those who were most excluded in previous times will be lifted up in this new era.

There is great precedence for this in Christianity. The Jewish prophets told us that God was the one who turns the world upside down by lifting up the lowly and humbling the most powerful. And it is important to note that Jesus himself was a surprise for the Jewish people. Many in Israel expected the Messiah to come as a mighty king who would use military power to set them free from their political slavery.

But the messiah wasn’t born in royal splendor, but in a cave of obscurity and poverty far from the cultural, political, or even religious centers of the ancient world. The liberation he brought wasn’t just for the Jewish people of his generation, but for all people of every generation. And the means of this liberation wasn’t a victorious war against Israel’s enemies, but a humiliating defeat on the cross.

For Catholics, the pope is the Vicar of Christ. In simpler words, in his life and in his deeds, he is supposed to remind us of Jesus. And with Francis’s newest choices, it’s likely that next Vicar will look even more like the founder of the faith: poor in things of the world, but rich in the things that matter.

Christopher Hale is a senior fellow at Catholics in Alliance for the Common Good and the co-founder of Millennial. 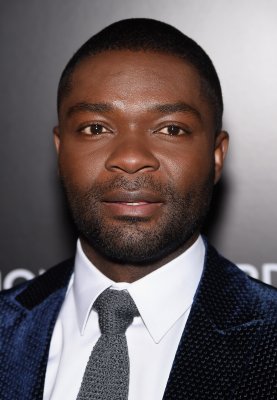 Becoming King: How David Oyelowo Prepared Spiritually for Selma
Next Up: Editor's Pick