Harissa
Zoryana Ivchenko—Getty Images/Flickr Open
Ideas
By Josh Schonwald
Josh Schonwald is a Chicago-based journalist and author of The Taste of Tomorrow: Dispatches from the Future of Food, but he is perhaps best-known as the guy who ate the Frankenburger. Schonwald writes and speaks frequently about the future of food and agriculture. His work has appeared in numerous publications including The New York Times, Washington Post, Slate, and The Wall Street Journal. A graduate of Macalester College and Columbia University's journalism school, Schonwald lives in Evanston, Illinois with his wife, children, and indoor aquaponic system.

With all due respect to sports geeks, music freaks, stock jocks, and teenage girls, there is no group more obsessed with The Next Big Thing conversation than food people.

The “restaurant trends for 2015” predictions aren’t just coming now; they’ve been coming, steadily, since before Halloween. Press releases, slideshows, listicles in trades and foodie zines all aimed at telling us what’s the next kale, sriracha, or quinoa.

Interesting reading, often hunger inducing, but with so many predictions — from so many chefs, flavor-makers, food companies, bloggers— it’s hard to make sense of it all.

So this year, to cut through the tsunami of food punditry, I submit a highly abridged list.

I asked only six experts — all industry people who live and breathe food trends. And I asked these carefully chosen experts to make some carefully chosen decisions. Instead of a top ten list — or even a five-item slideshow — just give me that one big food prediction for 2015.

For most health-conscious people, fat ranks right up there on the no-no list with nicotine and smog. But Kara Nielsen, culinary director of the Boulder, CO-based Sterling-Rice Group, believes 2015 could be known as the year that more and more Americans get over their fat phobia.

Nielsen isn’t talking about just any fat — not the trans fats found in highly processed foods. She’s talking about natural, animal-derived fats. Real butter sales are at a 40-year high; cultured butter is surging in popularity; high-end burger joints, like Shake Shack, celebrate fat as an essential part of a better burger. And the trend seems to be broadening: There’s a San Francisco restaurant selling a wildly popular chicken fat rice dish; there’s a rapidly growing Boulder company that only features full-fat yogurt. Nielsen expects more high-fat dairy products, more fat-celebrating meat purveyors, and more higher fat Asian foods to hit restaurant menus and grocery store shelves in 2015. “Americans are recognizing that the fear of fat that we’ve lived under for so long is erroneous,” said Nielsen. And it’s not just because of a foodie quest for flavor. Says Nielsen: “It’s also because of books like The Big Fat Surprise that are making the argument that natural fat is an essential part of a healthy diet.”

There’s near unanimity among food trend trackers that the local foods movement will continue to grow in 2015. Darren Tristano is no exception. Tristano, who tracks the restaurant industry for market research giant Technomic, expects more local produce, more local beer, more local grains. But Tristano believes the big local story of next year will be local meat. Californians will see more menus boasting of grass-fed beef from Niman Ranch; Chicagoans will likely see more free-range bacon from Slagel Farm. Diners in DC will see more chicken sandwiches from Polyface Farms. In short, get ready for more restaurants to celebrate the local origins of their chicken, beef, or pork just as zealously as their local Brandywine tomatoes or radicchio.

Restaurants serving grasshopper tacos and ant guacamole, entrepreneurs peddling cricket-powered powerbars —there’s been tons of media coverage of insect-eating in 2014. Yet most people regard it as a curiosity, more Fear Factor-fad than food trend.

Not Suzy Badaracco. The president of food trend consultancy Culinary Tides believes insects will rise as a foodstuff in the U.S. far sooner than many expect. In picking insects as her “Food of 2015,” Badaracco said that insects draw on not one but three food trends: the growing interest in foraging, the invasivore movement (i.e., don’t kill them, eat them), and, the granddaddy of current trends, the desire for more protein. (Insects are protein powerhouses; grasshoppers, for instance, have about the same protein content as a chicken breast). Full-bodied insects won’t appear in your Safeway this year; get ready for them to arrive in processed form, especially protein-packed power bars, like Chapul and Exo. Badaracco expects insects, processed as flour, to soon become a popular protein sources for bakery and cereal products. Full-bodied insects — tentacles and all? Further off, but coming. Badaracco sent a list of more than a dozen American restaurants that feature insect options, such as the “Grass Whopper” —a burger made from cricket meat.

4. The Next Sriracha is Harissa

A few years ago, it was the unpronounceable hot sauce that you might find in Chinatown. Now, you can get a Subway chicken sriracha melt with a side of sriracha potato chips.

Maeve Webster, a restaurant analyst for market researcher Dataessential, believes the next sauce to experience a sriracha-like rise is harissa, a spread of dried chiles, garlic, tomatoes, caraway, paprika, coriander, and olive oil that’s as common as ketchup in Tunisia. It’s still largely unknown to Americans, but Webster says all the elements are in place for harissa. “U.S. consumers can’t get enough of spicy foods. Harissa has a flavor profile that is both spicy and familiar,” Webster says. Like sriracha, harissa is also versatile and can work in a wide variety of applications. Last year, Datamonitor found that less than 3% of American restaurants included a harisssa item, but Webster noted that’s a more than 180% leap over three years. If Webster is right, get ready for the chicken harissa melt — maybe not this year, but soon.

5. The Next Quinoa is Millet

Melissa Abbot, director of culinary insights at The Hartman Group, concedes that her pick for “Food of 2015” is not very sexy. Millet is, after all, best known as the main ingredient in birdseed. But Abbot believes that this avian staple could quite possibly become the next quinoa. Ever since quinoa exploded on the scene, the food industry has been in hot pursuit of the Next Great Grain, and there are plenty of healthful, gluten-free candidates. So why millet, and why not amaranth, sorghum, teff, or fonio? It’s gluten-free, protein-rich, high fiber, and, Abbot says, has a superfood quality all of its own. “It retains its alkaline properties after being cooked, which helps in reducing inflammation ideal for those with wheat allergies and sensitive digestion.” Another plus for millet: it’s local. The Great Plains, especially Colorado, is one of the world’s major millet growing regions.

This pick for “Food of 2015” will not necessarily be found on restaurant menus or on grocery store shelves. You may even need glasses to notice it.

Barb Stuckey, who is a vice president at Mattson, one of the world’s largest food product developers, describes Americans as being in a “torrid love affair” with protein. While it’s debatable whether Americans should be seeking out more protein, the reality is food companies are responding to our love affair with protein by giving us more protein.

Soy is one of the best, most widely available, efficient ways of fortifying foods with protein, Stuckey says. But whether deserved or not, soy is falling out of favor. Food makers are searching for non-GMO plant-based sources of protein and, Stuckey says, “the newest, hottest kid on the block is pea.” Peas are high in protein and, as people gain more experience processing it, the flavor is improving. “Look for pea protein to show up the ingredient list of bars, cereals, beverages, you name it.”

Josh Schonwald is a Chicago-based journalist and author of The Taste of Tomorrow: Dispatches from the Future of Food, but he is perhaps best-known as the guy who ate the Frankenburger.Schonwald writes and speaks frequently about the future of food and agriculture. His work has appeared in numerous publications including The New York Times, Washington Post, Slate, and The Wall Street Journal. A graduate of Macalester College and Columbia University’s journalism school, Schonwald lives in Evanston, Illinois with his wife, children, and indoor aquaponic system. 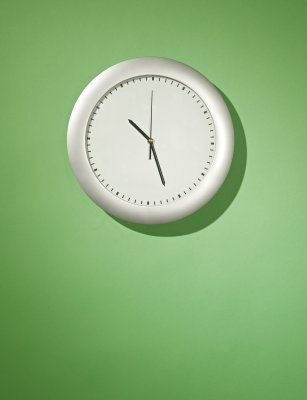 Big Idea 2015: Technology Can Save Us Time, But Are We Spending Those Extra Hours Well?
Next Up: Editor's Pick