Should You Eat Turkey or Ham This Christmas? An Analysis

Americans consume an estimated 22 million turkeys on Christmas. They also purchase an estimated 318 million pounds of ham around the holidays. A back-of-the-envelope calculation would suggest that turkeys, weighing in at an average of 15 pounds, are neck and neck with ham in total pounds consumed. To help break the impasse, TIME has arranged a perfectly scientific throwdown between the two Christmas staples. May the best protein win.

Tradition: Turkey was all the rage when it first hit European dinner tables in the late 1600s. The exotic bird had to be imported at great expense from the New World, so it acquired an instant luxury status among the era’s aristocrats. By the Victorian era, the bird had displaced the popularity of the goose as the ultimate Christmas table centerpiece, the Independent reports. Pigs, on the other hand, were always there for every holiday and any other humdrum occasion.

Price: A porcine epidemic has killed off millions of piglets ahead of the holidays, sending the average price of spiral ham spiraling up to $2.91 a pound. Meanwhile, fresh turkey held steady at $1.28, according to USDA reports.

Taste: Even if you use per capita consumption figures supplied by the National Turkey Federation, Americans outside of the holidays choose pork over turkey by a 3 to 1 margin.

Versatility: But give the National Turkey Federation credit for compiling a whopping list of more than 100 Christmas Day recipes to marinade, dress, accompany and generally gussy up the turkey. Maple-spice-brined turkey with Chardonnay sauce vs honey glazed ham? Not much of a contest.

WINNER: Turkey, by a hair. 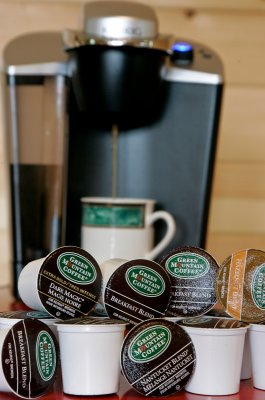 How Your Coffee Is Now Like Your Music
Next Up: Editor's Pick