10 Surprising Health Benefits of Being a Woman

Members of the so-called weaker sex, listen up. Thanks in part to the protective benefits of female hormones, as well as the lifestyle choices women tend to make, you’re afforded a host of body payoffs guys don’t get. “Men notoriously pay less attention to their health and prefer to take a macho approach rather than go to the doctor to get things checked out,” says J. Leonard Lichtenfeld, MD, deputy chief medical officer for the American Cancer Society. The following 10 ways women come out on top health-wise will make you glad you were born with two X chromosomes.

When it comes to longevity, chicks rule. A girl born in 2012 (the most recent year statistics are available) can expect to live until age 81.2; a boy is likely to hit 76.4, according to the National Center for Health Statistics. Researchers aren’t entirely sure what accounts for those extra four years. “It might have to do with the fact that women have lower rates of heart disease compared to men, though women are catching up,” explains Nieca Goldberg, MD, medical director of the women’s heart program at the Joan H. Tisch Center for Women’s Health at NYU Langone Medical Center in New York City. “But it may be a result of women maintaining stronger social ties to friends and family, because social ties are linked to longevity.“

Women have a higher pain tolerance

The notion that men face pain with unflinching stoicism while women are more sensitive to every ache is not exactly reflected in research. Though the jury is still officially out, numerous studies back up the fact that women appear to have a higher pain threshold than men, says Dr. Goldberg, with pain threshold defined as the amount of pain it takes to register in the body. Of course, it makes sense that females need to be able to withstand pain, considering how much of it is typically experienced during childbirth. “Women have to be able to sustain the agony during labor and delivery,” says Dr. Goldberg.

HEALTH.COM: 10 Things That Mess With Your Period

The statistics tell the story: the National Cancer Society estimates that this year, about 30,000 men will be diagnosed with oral cavity or pharynx cancer, while just 12,000 women will. And when it comes to esophageal cancer, 14,000 men can expect to develop it this year, compared to only 3,000 women. Why do head and neck cancers discriminate so openly based on sex? Cancers that occur in these body areas are strongly linked to tobacco and alcohol use. “Though women are catching up, men still indulge is smoking and drinking in higher numbers, so they develop these cancers in higher numbers too,” says Dr. Lichtenfeld.

Before age 45, rates of melanoma—the least common yet deadliest form of skin cancer—are higher in women, according to the American Academy of Dermatology. It’s a trend researchers attribute to the popularity of tanning indoors and out. But after that point, it’s men who bear the brunt of the disease in more significant numbers. “It’s unusual for melanoma to strike at a young age, and by the time they reach their 50s and 60s, we start to see high numbers of white men with it, probably due to accumulated skin damage over time after decades of working outside, or playing outdoor sports, without the benefit of sunscreen,” says Dr. Lichtenfeld.

Women have a keener sense of smell

No wonder candles, soaps, detergents, and perfumes cater to female noses. Compared to men, women appear to have a sharper odor detection, with women having up to 50% more cells in their olfactory bulb (the first region of the brain to receive signals about odors), according to a recent study in the journal PLOS ONE. The study lends weight to the idea that women are superior sniffers, but it doesn’t explain why. One theory: a keener sense of smell helps women detect the pheromones that help her pick the right mate; another postulates that being able to detect rancid odors helps a woman protect her offspring from infection and disease.

HDL cholesterol, the good kind, is associated with strong heart health. It’s credited with preventing plaque buildup in the arteries of premenopausal women and protecting them from the early heart disease that may already be developing in men in the same age group. “Estrogen raises good cholesterol throughout a woman’s childbearing years, when estrogen production peaks,” says Goldberg. Estrogen output drops off following menopause, and HDL cholesterol goes with it. But if you continue to eat nutritiously, stay at a healthy weight, and have your cholesterol tested regularly, your HDL cholesterol numbers can continue to stay in a healthy range so you can maintain that estrogen-fueled head start against heart disease.

HEALTH.COM: 25 Exercises You Can Do Anywhere

The female brain has better recall

Several scientific studies suggest what a lot of women already know anecdotally: women are simply better at remembering things. A 2014 Norwegian study of about 37,000 people from the journal BMC Psychology bears this out: though older people in general had more memory issues, men of all ages, young and old, were more forgetful than their female counterparts. Why that is isn’t exactly clear, but previous research has suggested that it may be due to brain degeneration caused by cardiovascular disease or high blood pressure, both of which strike more men than women.

“Men are up to twice as likely to develop alcoholism as women are,” explains Holly Phillips, MD, New York City women’s health specialist and medical contributor for WCBS News. One reason for a guy’s increased risk of addiction to booze has to do with the brain chemical dopamine, says Dr. Phillips. A recent study of male and female social drinkers found that men had a greater dopamine release than women in an area of the brain called the ventral striatum, which is strongly associated with pleasure, reinforcement, and addiction formation. There may be a psychological component as well. “While women are more likely to become depressed than men in response to common environmental triggers such as illness or grieving a death—a process some psychologists see as turning pain inward—men may be more likely to numb the pain with substances,” adds Dr. Phillips.

HEALTH.COM: 18 Habits of the Happiest Families

Instead of bemoaning the fact that you tend to pack extra pounds on your butt, hips, and thighs, be happy about it—it means your risk of heart disease, diabetes, stroke, and other chronic diseases is lower than if fat tended to develop across your midsection, as it generally does in men. “Apple-shaped bodies, which more men have, hold more fat around the heart and upper abdomen, increasing heart disease risk,” says Dr. Phillips. “Pear shaped bodies keep fat away from the heart, which is a good thing.” Fat around the middle can also increase the risk of certain cancers, says Dr. Lichtenfeld. Researchers are learning that belly fat is metabolically active, producing hormones that cause a chain reaction in the body, resulting in higher levels of inflammation and insulin resistance, which leads to disease.

While a man’s odds of developing heart disease and having a major coronary begin in his 40s or even earlier, says Dr. Phillips, a woman’s risk doesn’t really begin until after she hits 50 and goes through menopause—giving women some extra time before being susceptible to the number one killer of both men and women. “Women have their first heart attack a full 10 years after men do,” says Dr. Goldberg. A younger woman’s better cholesterol profile plays a role, but estrogen or lifestyle choices, such as eating healthier, seems to have additional protective benefits, such as keeping blood pressure down (high blood pressure is a heart attack risk factor). However, things change after menopause. “After 50, a woman’s vulnerability to heart disease begins to resemble that of males,” says Dr. Phillips.

HEALTH.COM: 13 Everyday Habits That Are Aging You 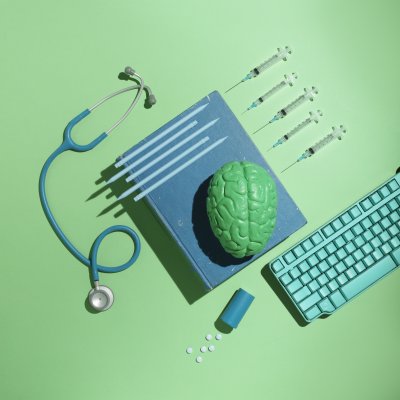 11 Remarkable Health Advances From 2014
Next Up: Editor's Pick