Sony Chief Says 'We Have Not Caved' on The Interview

Sony Pictures Entertainment CEO Michael Lynton defended his company’s decision to cancel the release of The Interview on Friday, even as the company refused to rule out releasing the movie in other ways.

Lynton said Sony’s decision was prompted by movie theaters opting not to show the film after hackers, who U.S. officials believe are linked to North Korea and who have wreaked havoc on the studio by disclosing emails and other company information, threatened 9/11-style attacks. Moments earlier, President Barack Obama had called the move to cancel the Christmas Day release a “mistake.”

“The unfortunate part is in this instance the President, the press, and the public are mistaken as to what actually happened,” Lynton said on CNN. “When it came to the crucial moment… the movie theaters came to us one by one over the course of a very short period of time. We were completely surprised by it.”

Read more: You can’t see The Interview, but TIME’s film critic did

Sony said in a statement later Friday that its decision was only about the Christmas Day release.

“After that decision, we immediately began actively surveying alternatives to enable us to release the movie on a different platform,” the studio said. “It is still our hope that anyone who wants to see this movie will get the opportunity to do so.”

Obama told reporters he wished Sony had reached out to him before canceling the film’s Christmas day release. It depicts a fictional assassination attempt against North Korean leader Kim Jong Un.

“We cannot have a society where some dictator someplace can start imposing censorship here in the United States,” he said. “Imagine if producers and distributors and others start engaging in self-censorship because they don’t want to offend the sensibilities of someone who’s sensibilities probably need to be offended.”

Lynton denied the studio had given into the hackers’ threats.

“We have not caved. We have not given up,” he said. “We have always had every desire to have the American public see this movie.”

Read next: Obama Says Sony “Made a Mistake” Pulling ‘The Interview’ 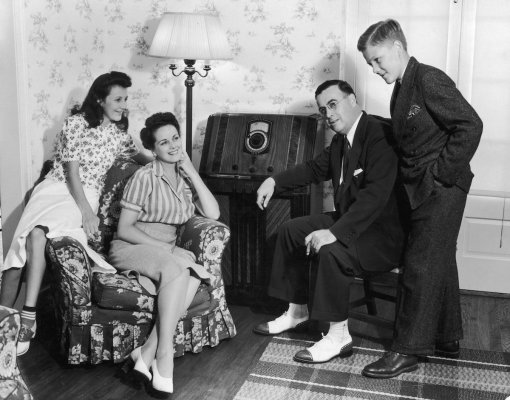 How Radio History Hinted at the Conclusion of Serial
Next Up: Editor's Pick