We get it, you’re busy. But it turns out you don’t need very much time in the gym to improve your health. In fact, it might only take one—yes one—high intensity minute of exercise to do the trick.

New research published in the journal PLOS One shows sedentary men and women who did one minute of intense, all-out exercise as part of a full 10-minute workout three times a week for six weeks improved their endurance and lowered their blood pressure.

A total of 14 sedentary and overweight men and women agreed to have their muscles biopsied and their aerobic endurance and blood pressure and sugar levels measured by researchers at McMaster University in Ontario. Then, they hopped on stationary bikes and warmed up for two minutes. After the warmup, the participants biked as hard as they possibly could for three 20 second intervals followed by two minutes of slow pedaling. They ended with a three minute cool-down, adding up to a total of 10 minutes. They did this three times a week, coming out to 30 minutes of exercise a week.

After six weeks, the participants were measured again, and the researchers discovered the they improved their endurance levels by about 12%, had better blood pressure levels, and improved muscle activity. The men in the group also had improved blood sugar levels.

MORE: Short bursts of exercise are better than exercising nonstop

This isn’t the first time researchers from McMaster University have touted the positive effects of short bursts of high-tensity exercise. Martin Gibala, the chairman of the department of kinesiology at McMaster University, has spent years studying the benefits of high-intensity interval training (HIIT) and whether it’s equally beneficial as moderate exercise over a longer period. In fact, high intensity interval training has become somewhat of a mainstay in the fitness circuit, many also crediting Japanese researcher Izumi Tabata for coming up with the The Tabata Protocol: 20 seconds of intense work followed by 10 seconds of resting, repeated many times.

The problem with high intensity intervals is that, well, it can suck. It’s truly hard to really get your body to that level of intensity, especially if you’re not in tip top shape. Even proponents of the seven-minute workout say: “Those seven minutes should be, in a word, unpleasant.”

Critics of short spurt workouts—the seven-minute workout is a popular version—argue that while some exercise is better than no exercise, more is usually better and people who really need to exercise like the elderly and people who are overweight, might find it too difficult or even dangerous.

That’s why the researchers decided to investigate just how short they could cut the workout to and still get some of the same health benefits, The New York Times reports. As it turns out, you really can gain a fitness advantage from a short period of time. People will gain more or less from the workout based on their starting level of fitness, and most exercise enthusiasts recommend mixing up your routine over doing the same workout everyday to avoid injuries and work different muscles. But if you hit snooze one too many times, rest assured you can still get in a quality workout in less time than you may think. 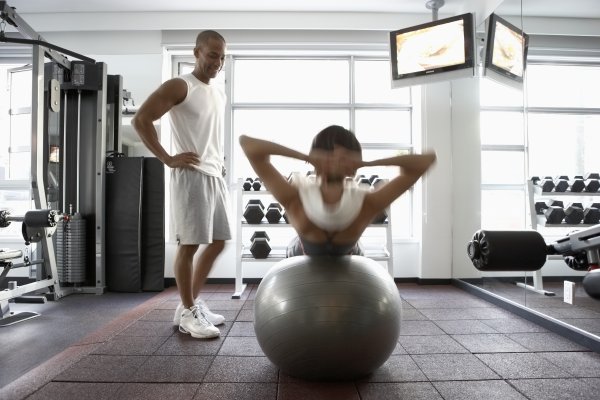 5 Moves to Work Your Abs From All Angles
Next Up: Editor's Pick