5 Tricks to Get More From Your Fitness Tracker

The Jawbone UP3, on sale in early 2015, will incorporate heart rate monitoring.
Jawbone
By Anita Hamilton

If you’re counting on using a new fitness tracker from Jawbone, Fitbit, Microsoft or the like to help get in shape for 2015, you may want to adjust your expectations: “We don’t know whether or not these devices really make people more active or healthier,” says Glenn Gaesser, an Arizona State University professor and Director of the Healthy Lifestyles Research Center. “There really is no evidence.” Still, even as some people complain of gaining unwanted weight after they started wearing a fitness tracker, many more say their gadgets are just what they need to move around more—and when you consider many Americans spend upwards of seven or eight hours a day on their tush, that’s a very good thing.

But since the devices are not a fast-track to fitness all on their own, we asked experts for tips on how to make the most of them—despite their shortcomings:

1. Assume at least a 10% margin of error for calories burned.

A recent Iowa State University study found that trackers’ calorie-burn estimates were off by 10-15%, on average. Anyone who wants to lose weight would be wise to assume that trackers are overestimating their efforts, suggests Kristin Kirkpatrick, a registered dietitian at Cleveland Clinic. “You only need to consume an extra 500 calories a day to gain a pound a week,” she warns, so it’s smart to err on the side of caution.

2. Realize that calorie-burn estimates can be completely off. Enter them yourself.

Unless your tracker includes a built-in heart-rate monitor (like the Microsoft Band, Jawbone UP3 and Basis Peak), it will grossly underestimate how many calories you burn during many activities, including biking, weight training and yoga, because its built-in accelerometer can’t as readily detect the movement. A 2013 study in Medicine & Science in Sports & Exercise found that trackers underestimate energy expenditure from cycling, for example, by up to 55%. “They don’t work as well on resistance exercises,” says the study’s co-author Ray Browning of Colorado State University. Even bands with heart rate monitors are imperfect because they don’t perfectly capture your radial pulse, especially during intense exercise when you are moving your wrist a lot.

3. The buddy system can be a double-edged sword.

Jawbone reports that its users who have at least 3 “teammates” with whom they share their activity data take 1,000 steps per day more than those who don’t. Fitbit, meanwhile, claims that users with at least one friend on their system take 27% more steps. Fitbit friends can also take challenges such as the “Work Week Hussle”—which tracks your steps for a week and awards a virtual trophy to the winner. But Colorado State researcher Browning points out that the motivating effect from being part of a group only works when you’re winning. As an alternative, consider setting short-term goals that build on your own baseline activity level instead. An increase of 20%, for example, is a good start.

An activity tracker can be fun to play around with for a few months. But it’s easy to get bored, take it off your wrist and never pick it up again. Ultimately, your motivation must come from within. “These devices get you thinking about [fitness], but in the end, it’s your decision,” says John Jakicic, Director of the Physical Activity and Weight Management Research Center at University of Pittsburgh.

5. It’s not all about structured exercise.

Trackers may be the best way to quantify how much energy you spend on routine activities like puttering around the house or taking out the garbage—movement that can be as, or more, important for overall health than formal exercise. “Getting up and moving the rest of the day is better for you than just exercising once a day and being sedentary the rest of the time,” says University of Pittsburgh’s Jakicic. Do enough of these activities, and you may be surprised to see how it all adds up—no marathon-running required. 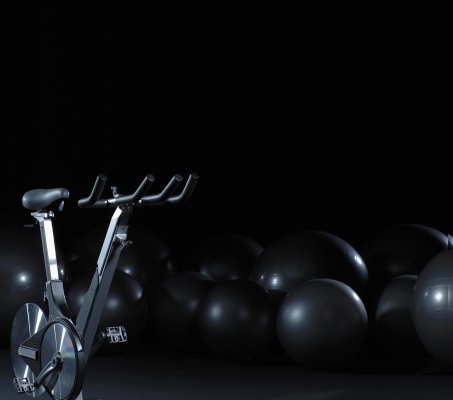 Introducing the One-Minute Workout
Next Up: Editor's Pick