Let’s make one thing clear right off the bat: I’m a Stephen Colbert junkie. I’ve never missed an episode of The Colbert Report. And I’m pissed he’s ending the show. But at least we get to hold onto one thing when the curtain closes Thursday: Stephen Colbert’s AmeriCone Dream.

Ben & Jerry’s tells TIME that Colbert’s ice cream flavor will stay in circulation after its namesake drops character and heads to the Late Show. “The flavor is not going anywhere,” spokesman Sean Greenwood said.

This is important. When the flavor debuted in 2007, it brought together two great passions of mine—ice cream and Stephen Colbert—into one delicious pint of vanilla ice cream, fudge covered waffle cone pieces and caramel swirl. For ice cream aficionados, it also marked a great improvement from Häagen-Dazs’ Caramel Cone—a richer, heavier taste that only comes from the big guys from Vermont.

And the rollout was pure Stephen, bombastic, arrogant and hilarious in the way only he can be. “Now you can join me internally, as well as externally,” he declared. Noting the liberal affinities of the Ben & Jerry’s guys, Colbert said that “naming an ice cream after me shows they’re finally beginning to bring some balance back to the freezer case.” And when co-founders Ben Cohen and Jerry Greenfield told him that country singer Willie Nelson also just got a flavor, Colbert was incredulous: “Willie Nelson has a flavor? What’s in it, shredded tax forms and hash?”

It’s also a much better flavor than Jimmy Fallon’s Late Night Snack—something the two faux-feuded about for months.

AmeriCone Dream also sold quite well, too, raising more than $1 million for charity in the process. “It has been featured in an elite category—one of only three flavors that has been featured in Scoop Shops… quarts, pints, and mini cups,” Greenwood said. “It has ascended breaking the crème-de-glace ceiling of top 10 flavors at Ben & Jerry’s.”

Look, a lot of us are worried about this whole Colbert-dropping-his-character thing. I can’t say for sure whether I’ll be as loyal to the Late Show Stephen Colbert as I was to the faux conservative pundit that, in my mind, will always be the real Stephen Colbert.

But at 11:30 p.m., bummed out by the lack of anything good on TV, at least I’ll still be able to drown my sorrows in a pint of AmeriCone Dream, and hold on to the sweet, sweet taste of liberty. 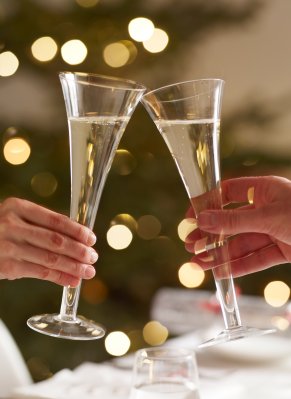 This is What Alcohol Does to Your Sleep
Next Up: Editor's Pick