We Skyped with Bachelorette Hunk Cody About Chris Soules, Bachelor-Ready Abs and Making It Work in Iowa

Cody Sattler leans in close and half whispers, “The secret to Bachelor-ready abs is…”

Just as the former Bachelorette contestant and trainer of this season’s Bachelor Chris Soules is about to reveal the key to getting a six-pack stomach that’s perfect for shirtless strolls through a mansion, the transmission freezes and Sattler’s grinning face fills the frame. Two seconds later the internet adjusts and Sattler and his then-girlfriend Michelle Money, who he met on Bachelor in Paradise but has since broken up with, is looming over the computer next to him asking, “Why can’t we see you?”

After a quick reboot, Sattler and I are back on. Such technological difficulties are a regular part of Sattler’s life now, ever since he started a Skype-based training business. Charging clients $100 for 30 minutes and $175 for an hour, Sattler plays a combination of Max Headroom and SNL’s Hans and Frans, beaming his disembodied head into your living room to pump — pause for the clap — you up.

Sattler was already a personal trainer when he vied for Andi Dorfman’s heart on The Bachelorette, but he says his business really took off after appearing on the show and on Bachelor in Paradise. “Being on The Bachelorette and Bachelor Pad got me a ton of exposure,” said Sattler. “Those shows get a ton of views, so after doing that, business was really good.

Not that Sattler thinks other entrepreneurs should head to The Bachelorette to kick start their careers. “I don’t think that’s the wisest plan, but any time you are in front of that many people, that’s a great way to get your name out there,” said Sattler. “But people fall in love with your business, and then your personality on the show will be horrible and people will say, ‘Hell no. I don’t want to buy any of his products.’ So, I definitely wouldn’t go on The Bachelor just to promote a business.”

Sadly, Sattler won’t name names as to whose personality was worse in real life than it was on the show. “I haven’t hung out with a whole lot of people post-show,” said Sattler. “But I can guarantee you that there are people who acted a certain way just because they were on camera. After you spend several weeks with those guys in the house, your real personality comes out. You can only fake it for so long.”

One contestant that Sattler has spent some time with post-show is Chris Soules, who will be playing Prince Charming (or rather, Prince Farming) to a dozen fair princesses on this season’s The Bachelor. “I love Chris. He was one of the first guys I met in the house and we just hit it off. He’s a down-to-earth good guy,” Sattler says. “I spent five weeks down in Iowa with him. He lives out on a farm and there was nothing around us. Nothing. So, we spent a lot of time together.

“I was his personal trainer and, well, any time you’re in the leading role, you’re going to have your shirt off quite often,” said Sattler. “Chris is in good shape, but they wanted me to work with him for five weeks. I moved from Chicago to Arlington, Iowa, and we just trained — and then I moved to Salt Lake City.”

As for the secret to Bachelor-worthy abs? “Your abs are made in the kitchen,” says Sattler, who swears a six-pack is all about the food (and product placement). “You have to eat really good,” said Sattler. “We had this company called Flex Pro Mills out of Kansas City and they shipped our meals to us every week at the house. Our nutrition was on point. We were on a low-carb, high fat diet. Just changing Chris’s diet created a pretty incredible transformation. I can’t share it with everyone yet, but as soon as the show airs you’ll see.”

Sadly, camera-ready abs don’t also come shipped to your door in a hygienically-sealed container, but require a work out, at least twice a day. “We would wake up and do our cardio work out and then at night we would do a weight routine somehow and some high-intensity cardio,” Sattler recalls. Soules’s farm is located in a remote corner of Iowa, so Sattler had to use his imagination while devising a work-out routine. “The nearest gym was 30 minutes away from his house, so we had to get pretty creative with workouts. We were flipping tires and throwing sledgehammers and throwing all kinds of stuff. ABC came out and did some filming with us so hopefully a few clips of us working out on the farm will get in there.”

But even if Soules manages to find love on this season of the show, he won’t have an easy time making it last once the cameras are off. “For someone to move to Iowa, it’s going to take a special woman,” Sattler says. “Chris lives in the middle of nowhere. His town has, like, 800 people and he lives outside of that. There is no one around. The producers shot most of the show around his hometown, so it would be as realistic as possible. They could fall in love on the show, but to really think about moving to Iowa is going to take a special person. But whoever ends up with him is going to be very, very lucky.”

The Bachelor airs tonight on ABC at 8/7c 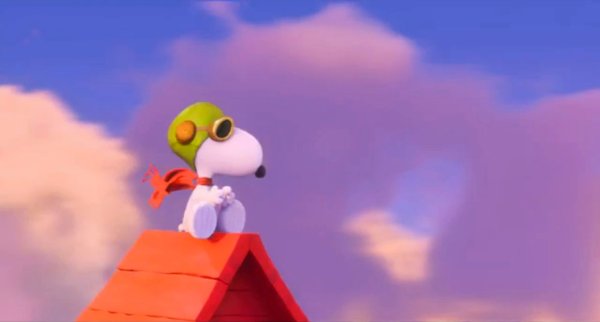 Watch Latest Trailer for Peanuts on the Big Screen
Next Up: Editor's Pick