10 Ways To Sleep Better With Your Partner

A good night’s rest can be hard enough to get on your own. Add in the challenge of sleeping with a partner who snores, hogs the covers, or can only nod off to the sound of the nightly news—or has issues with your sleep patterns and needs—and it’s no wonder so many partners are sleep-deprived. In fact, about 25% of American couples retreat to separate sleeping quarters, according to the National Sleep Foundation. That can be an effective solution for some spouses, but it can also take a toll on your bond and intimacy, says Michael Breus, PhD, clinical psychologist and sleep specialist and author of The Sleep Doctor’s Diet Plan. If his and hers beds don’t appeal to you, you’ve still got options. Read on for easy, expert-backed ways to navigate your different sleep styles and score the snoozetime you both deserve.

Your partner’s snoring leaves you staring at the ceiling

About 37 million adults snore regularly, according to the National Sleep Foundation, resulting in poor snooze quality for their bedmates and themselves. Men are more likely to saw away, and snoring tends to worsen with age. “The sound comes from vibrations made as you breathe through narrowed airways while sleeping,” says Breus. Congestion is often a trigger; so is drinking alcohol close to bedtime. Even sleeping on your back can be to blame, which is why nonsnoring partners often roll (or push!) the snorer over to get some peace and quiet. If addressing these issues doesn’t help, have your partner check in with a sleep doctor. Snoring can be a sign of sleep apnea, a serious but treatable condition that causes breathing to stop several times per night. In the meantime, Breus suggests the snore-free partner drown out the buzz by surrounding their ears with a wall of pillows. “The sound will bounce back in the other direction, reducing the noise enough so you’re more likely to drift off,” he says.

You can’t agree on room temperature

The optimum temperature for sleep ranges from 68 to 72 degrees fahrenheit, says Breus. But that won’t persuade a partner who craves a toasty-warm bedroom to stop secretly hiking the thermostat, nor will it stop a chill-loving spouse from throwing open the window. Call a compromise: Pick a temperature between your two preferences. The person who likes it warmer has the option of putting on another blanket or thicker pajamas, while the cold-preferring partner can sleep outside the sheets or duvet, suggests Breus. Upgrading to a bigger bed might also help. “A larger bed means more room, so the person who wants it cooler isn’t as affected by the other’s body heat,” says Janet Kennedy, Ph.D., clinical psychologist and sleep specialist in New York City and author of The Essential Guide to Sleep for Your Baby and You.

HEALTH.COM: 10 Reasons You’re Not Having Sex

Your kids keep interrupting your zzz’s

When spouses don’t agree on how to handle a child who has had a bad dream or has a potty emergency, conflict can ensue—not to mention next-day exhaustion. “Sometimes only one parent ends up taking care of the child’s needs, and that can build resentment,” says Kennedy. “Or one partner is fine with the child coming into their bed for the rest of the night, while the other parent wants the bedroom off-limits.” Kennedy suggests reaching a solution outside of the bedroom, when you and your partner are rested and thinking rationally. “You need to be on the same page about how to handle this situation, so you set boundaries for your kids but also share the responsibility of a middle-of-the-night interruption,” she advises. Otherwise, not only will you both be sleep-deprived, the conflict can potentially shake up your bond.

You have different mattress preferences

Some people love a soft, sink-into-it bed; others require bedding as firm as a board before they can start counting sheep. Luckily, mattress manufacturers have caught on to this, and options that address both preferences exist. “The Sleep Number Bed is popular because you can make one side firmer and the other softer, so spouses don’t have to resort to separate beds,” says Breus. Memory foam mattresses are also couple-friendly because they mold to your weight and body size without affecting the partner lying alongside. You could also look into a split-king bed that features a king-size frame with two side-by-side separate mattresses. These beds can be pricey, but think of it as an investment in your health and relationship, not just another piece of furniture.

You go to bed or wake up at different times

This one’s tricky: we all have an internal clock that generally determines what time we turn in for the night and wake up in the morning. Yet it’s almost impossible to change your personal pattern, says Breus. Make a deal: the later-to-bed partner promises to be extra quiet and not do anything in the bedroom that can cause the other to wake, then in the morning, the early riser promises to do the same for the partner sleeping in. “If you need to rise first, offer to not hit the snooze button too often, so it goes off a bunch of times and disturbs the other person,” says Kennedy. Similarly, night owls should use headphones to listen to music or watch TV while the other spouse is snoozing, advises Breus. Schedule time in bed to be intimate or to talk at a neutral time, like early in the evening or later in the morning, so one partner isn’t wired while the other is too tired.

Preferring a dark bedroom makes sense; darkness is a cue to your brain to ramp up production of the hormone melatonin, which helps your body wind down, says Breus. Thing is, some people are conditioned to sleep with a light on. If you and your partner are in opposing camps, compromise by agreeing to keep a very small low-wattage lamp or nightlight plugged in, or use a clip-on booklight that can be directed away from the other partner, says Breus. And eye masks look silly, but don’t discount them—they can be surprisingly good at blocking out light. Breus also recommends a new type of lightbulb for your bedside lamp. Goodnight Bulbs use a special bulb that cuts down on blue light, the kind emitted from TV screens and smartphones that has been implicated in insomnia. Without that blue light, it’s easier for the darkness-wanting spouse to doze off.

You’re a cuddler, but your partner craves space

Even the closest couples can have different pre-sleep intimacy preferences. “One partner might like snuggling before bed and falling asleep in the other’s arms, while the other feels crowded and can’t relax unless he or she turns away,” says Kennedy. While that might feel like rejection or a reflection that you two aren’t as connected as you thought, Kennedy cautions against viewing it that way. “It’s just a difference in sleep styles,” she says. Here’s a fair middle ground: “Agree to cuddle until the snuggler drifts off, at which point the other person can retreat to their side of the bed and sleep solo for the rest of the night,” she says. Or have a distinct 10 to 15 minute snuggle time, during which you two can touch and talk, and then officially move to opposite sides of the bed once the time has passed. You both have your intimacy needs meet and can easily drift off to dreamland.

He needs the TV to fall asleep; you like quiet

If one of you is conditioned to fall asleep to Jimmy Kimmel’s voice on late-night TV while the other needs silence, you might need to look into headphones, especially the wireless kind. A timer is also a good idea; agree to set it for 15 or 30 minutes, by which time the TV watcher will have sacked out anyway, says Breus. If the noise can’t be totally shut out, agree to keep the TV volume low, then bring a fan into the bedroom next to your side and keep it on all night. It’s a simple white-noise infusion that can drown out the voices on the tube. If you’re out of options, foam earplugs you can buy in a drugstore can be surprisingly effective.

Ever wake up in the middle of a sleep session to find yourself shivering because the comforter you had cocooned yourself in hours ago is now encased around your partner like a burrito? Sounds like you’re sleeping with a blanket hog—though it’s not necessarily a deliberate move on your bedmate’s part. If the tug of war over covers happens regularly, it’s no surprise you’re fatigued, says Breus. The solution is to have his and hers covers: one top sheet, blanket and/or comforter for you, and another stack for him. It’s harder for one partner to steal the covers from the other if you each have your own layers.

One partner tosses, turns, and thrashes all night

Everyone changes position at least a few times as they cycle through a night of sleep. But women tend to be more sensitive to their partner’s movements, and that means they’re more likely to be woken up by the kicking, jostles, or twitchy motions of a restless sleeper, says Breus. Layering up in separate blankets can help minimize the disruption, since his or her legs and arms will be wrapped under a different comforter and sheet set. Or consider a foam mattress like a Tempur-Pedic—the lack of springs cuts down on excessive bounce and motion, says Kennedy. A larger bed also allows you to maintain an arm’s length of distance, so the other person can thrash all over the place and not make contact with you. 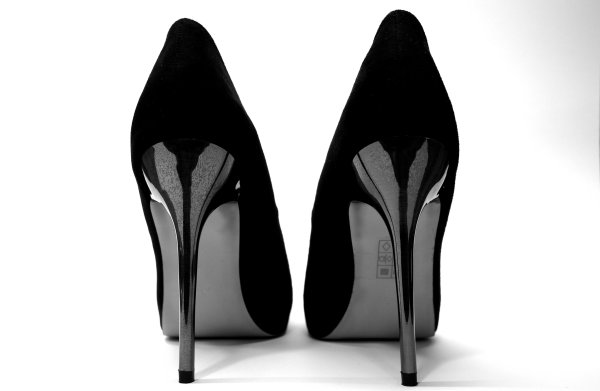