5 Tricks to Stop Procrastinating for Good

I meant to write this piece two weeks ago. I created a Word document and fully intended to start banging away on my Mac. But I had to contact some experts for advice, and that can be time-consuming, so I decided it might be better to push the story to the side for a day, and tackle something a little easier. The next day, unfortunately, I kind of had a brain freeze—that happens sometimes—so I figured I’d put it off for another day, when I had a little more mojo. Thing was, I wasn’t all that inspired the following day either. And then my allergies kicked in, I popped a Benadryl, and…well you get the picture, right?

So here it is, a week and change later, and I’m finally rolling up my sleeves to work on this story about—wait for it—procrastination.

Embarrassed? You betcha. But while I may not be proud of my “there’s always later” mentality, I’m hardly alone here. In fact, research shows that that as many as 20% of us are chronic procrastinators.

You know who you are: Visa bills fall by the wayside. Income tax returns get to Uncle Sam a couple weeks late. And let’s not even get into Christmas Eve crunch-time shopping (wonder if CVS is going bring back that cute chocolate fondue fountain this year?).

But before you start getting all guilt-trippy, know this: Procrastination isn’t about slacking off or lacking the intention to work; it’s not a time-management problem, either. More to the point, it’s about self-regulation, or the lack thereof. “It’s that six-year-old inside each of us saying, I don’t want to! I don’t feel like it!” says Timothy Pychyl, PhD, an associate professor of psychology at Carleton University in Ottawa, Canada, and the author of Solving the Procrastination Puzzle ($9, amazon.com).

You see, we fully intend to get to the matter at hand, only…later. For this reason, as strange as it may seem, many procrastinators tend to be highly impulsive. Or as Pychl puts it: “The pleasure of now trumps all the future stuff. We discount future rewards for sooner rewards—even if they’re not aligned with our goals.”

The irony here, according to Dan Gustavson, a researcher of cognitive psychology and behavioral genetics at University of Colorado, Boulder, is that procrastination rarely makes us all that happy. “There’s a feeling of growing pressure because you’re only delaying the inevitable,” says Gustavson. “You understand that putting off the task is only going to hurt you in the long run. But you do it anyway.”

Of course, not all procrastinating is about giving in to temptation. Some procrastinators are actually perfectionists. Basically, these are people who are so worried about living up to the standards of others that they freeze in their tracks—say, tweaking and re-tweaking term papers. Or, as Pychyl puts it: “You address your fear of putting yourself on the line by delaying your actions.”

But while dancing around deadlines may not seem all that serious, putting things off over time can have serious repercussions that far go beyond ticking off your boss or college professor. Let’s face it: shelving a string of exercise classes or delaying an appointment with your MD or dentist can have serous consequences for your health. “Simply put,” says Pychyl, “the sooner you take care of a health problem, the better the outcome tends to be.” And the stress that procrastination creates isn’t all that great for your health either.

Message received. But how do you break free from the “I’ll deal with it later” habit? Check out these stay-with-it strategies.

Do away with distractions

In a world of iPhones, Kindles, and other kinds of techie temptations, distractions have multiplied—not surprising, since everything is just a quick click away. You might tell yourself, It’ll take only a minute to check these messages, but 10 minutes later, you’re still at it. What’s more, many of us secretly welcome interruptions (whether they’re of the tech or human kind) because they take us away from whatever it is we’re working on.

But check this out: A study done at the Donald Bren School of Information and Computer Sciences at the University of California, Irvine, found that the average worker is interrupted every three minutes—that’s almost 20 times per hour. Even worse, research shows that you don’t immediately return to what you were doing before you were interrupted; it takes about 23 minutes to get back on track. So before digging into any task or assignment, try closing yourself off from anything that can possibly divert your attention. Turn off your phone, and stow away that candy jar on your desk that just encourages chatty co-workers to stop by and shoot the breeze.

Say “hi” to Future You

Usually we don’t feel all that bummed about temporarily blowing off an assignment because we trick ourselves into thinking that we’ll be more in the mood (and feel more inspired) later—which, let’s face it, is pretty wishful thinking. So maybe it’s time you became acquainted with your “future self” (you know, the one who is going to be seriously stressed out tomorrow, when she has to deal with all that work with a rapidly approaching deadline). “Most of the time, we think of our future self as a stranger, someone we’re not all that connected with. But it’s important to acknowledge how your present self affects your future self,” says Pychyl. “Take a few seconds to really think about how much better you’ll feel in the days and weeks ahead if you roll up your sleeves now.”

Broad, general goals—like, I’m going to hit the gym tomorrow, for sure—don’t mean a whole lot. Being more precise (as in, I’m going to set aside 45 minutes at 7:30 to hit the gym) makes it easier to stay on track, says Gustavson. Another trick: Make it damn near impossible to ignore the task at hand. “If you want to exercise when you get home from work,” says Pychl, “make sure your workout clothes are near the door, so you can practically trip over them when you come home.”

Intimidated by a big task? Try this trick: Just tell yourself, You know, I’ll just work on it for five minutes, then stop. Funny thing is, once you actually dig in, you’ll most likely realize it’s not all that difficult or stressful as you thought—and keep right on going. Or as Pychyl puts it: “Just spin the pedals and remind yourself that you can get off the bike at any time. Before you know it, you’ll be deep into whatever it is you’ve been dreading.” Another trick: Separate your goal into manageable chunks to be done throughout the day or week. “After all,” says Gustovson, “a complex task isn’t just one thing—it’s a lot of little things.”

If you’ve got a task you just dread, do it in the a.m., says Pychyl: “Mark Twain once had a great line: If it’s your job to eat a frog, it’s best to do it first thing in the morning. What that means: Most difficult tasks take willpower, and willpower is a limited resource that is quickly exhausted—a muscle that can tire easily. So the trick is to engage that muscle when it’s still fresh.”

HEALTH.COM: 16 Unexpected Ways to Add Years to Your Life 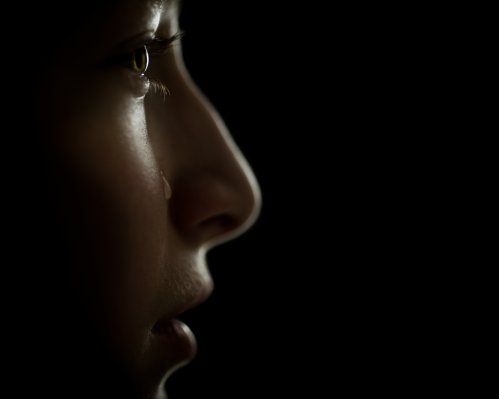 The Weird Reason Happy Things Make You Cry
Next Up: Editor's Pick