5 Science-Backed Reasons Why Music is Good for You

Music is a powerful medium: Not only does it make us want to jump to our feet and “shake it off, shake it off” (thanks Taylor Swift), but soul-stirring tunes also can help us fight through myriad health challenges as well. Here are five great reasons to pump up the jams, and listen with intent:

It can help ease pain

Feeling achy? A study conducted in the journal Frontiers in Psychology found that when fibromyalgia patients were exposed to 10-minutes of music they liked—anything from pop to folk to classical—that was slower than 120 beats per minute, they experienced less pain versus when they listened to pink noise. The participants also saw an increase in their mobility with the music.

It could help you focus

Next time you’re preparing for a work presentation or studying for something, listen to a little Vivaldi or Bach. A 2007 study from the Stanford University School of Medicine found that tuning into music from the late baroque period, leads to changes in the brain (recorded by an fMRI scan) that help with attention and storing events into memory.

We all know that bopping to Beyoncé can be a lifesaver during that cardio kickboxing class, but did you know it could also be the key to successfully sweating through those unbelievably grueling high-intensity interval training (HIIT) sessions, too? Researchers had 20 active adults perform two interval workouts—four, 30-second “all-out” cycling sprints with four minutes of rest in between—one with music and one without. Those who sweated to beats not only found the interval training much more enjoyable, but it also revved them up, making them exercise harder, too.

It cheers you up

As we creep into the colder months, those winter blues have a way of raining on our happiness parade. Luckily, music is a proven spirit saver. According to a 2011 study published in the journal Nature Neuroscience, certain classical tunes caused folks to get the chills, which in turn led to the release of dopamine, a chemical in the brain that can help you feel jollier. To reap this mood-boosting benefit, download “Clair de Lune,” by Claude Debussy, “New World Symphony—Movement 4,” by Antonin Dvorak, and “First Breath After Coma” by Alexander Keats—they have all been scientifically proven to keep you in good cheer.

It can keep you calm

Switching to mellow music during a stressful drive may prevent road rage and even help you drive better, according to a 2013 study in the journal Ergonomics. Researchers found that upbeat music made people happy, but as soon as the drive became demanding, an abrupt dial change to more soothing tunes kept study participants calmer and boosted driving ability better than those who didn’t change the station as quickly. 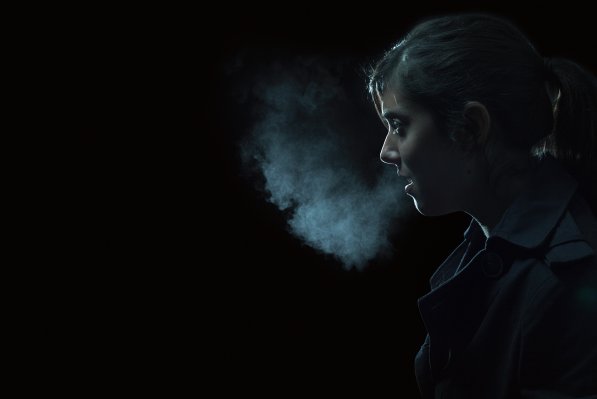 6 Breath Tests That Can Diagnose Disease
Next Up: Editor's Pick