Competitive eater Joey Chestnut cleaned 9.35 pounds of meat off of a 20 pound turkey on Saturday, breaking a new record in the field of competitive eating.

Chestnut devoured nearly twice as much meat in 10 minutes as the previous record-holder, Sonya Thomas, who put down 5.25 pounds of turkey meat in 2011, the Associated Press reports.

The legendary gobbler, who scarfed down 61 hot dogs in 10 minutes to win the Coney Island contest this year, polished off the whole bird at Foxwoods Resort Casino in Connecticut. He won $5,000 in reward money, while the remainder of the pot, $10,000, was split among the nine contenders. 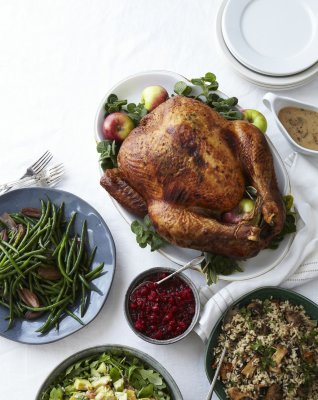 Here’s a Stress-Free Guide to Hosting Your First Thanksgiving
Next Up: Editor's Pick