The 5 Trends Driving the Surge in ADHD

Until recently, 90% of all Ritalin takers lived in the U.S. Now, America is home to only 75% of Ritalin users. But that’s not because Americans are using less of the drug, says a Brandeis professor. That’s because ADHD diagnoses, and treatment via pharmaceuticals are growing in other parts of the world.

In a recent paper in the journal Social Science and Medicine, sociologists Peter Conrad and Meredith Bergey looked at the growth of ADHD in the United Kingdom, Germany, France, Italy and Brazil and found that prescriptions for Ritalin-like drugs have risen sharply, particularly in the U.K. and Germany.

Attention Deficit Hyperactivity Disorder, or ADHD, is a controversial subject among many parents, educators and medical professionals. Some doctors insist it’s a genuine neurological condition, if occasionally over-diagnosed and not treated properly. Others believe parents are giving their children drugs unnecessarily. (For a look at what it’s like to be, or parent, an ADHD child, read TIME’s special report, Growing Up with ADHD).

Conrad and Bergey, while not doctors, fall into the second camp. They list five possible reasons for the jump in ADHD diagnoses that have little do with medicine.

1) Pharmaceutical companies are well-resourced and determined lobbyists, and have coaxed some countries to allow stimulants, such as Ritalin and Adderall to be marketed more directly.

2) Treating patients with counseling and non medical therapies is becoming less popular than treating them with medicine. (Many insurers, including Medicaid, will pay for drugs but not for psychotherapy, for example.)

3) The Diagnostic and Statistical Manual (DSM), the bible of mental disorders, is gaining more traction in Europe and South America. The DSM has slightly broader standards for diagnosing ADHD than the system used by many other countries, the International Statistical Classification of Diseases and Related Health Problems (ICD), hence more folks are falling within the standard.

4) ADHD advocacy groups are raising awareness of the condition.

5) Because everybody is occasionally fidgety and distracted and nearly everybody despairs of not getting enough done, people turn to the internet for answers and find checklists put up by drug companies, with overly general questions like: “Are you disorganized at work and home?” and “Do you start projects and then abandon them?” and encourage people to ask their doctors about medication.

According to the study, fewer than 1% of kids in the U.K. had been diagnosed with ADHD in the 1990s, but about 5% are today. In Germany, prescriptions for ADHD drugs rose 500% over 10 years, from 10 million daily doses in 1998 to 53 million in 2008. Conrad, author of The Medicalization of Society, worries that we may be addressing a sociological problem with a chemical solution.

“There is no pharmacological magic bullet,” says Conrad, who suggests that the one-size-fits-all compulsory education system might be more to blame for kids who can’t sit still rather than a flaw in brain chemistry.

“I think we may look back on this time in 50 years,” writes Conrad, “and ask, what did we do to these kids?” 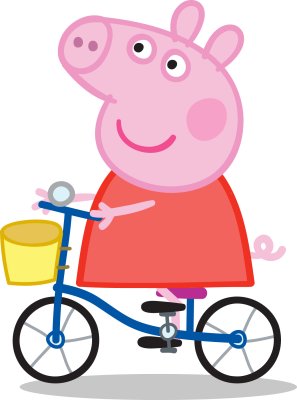 Woman Sues Peppa Pig Producers Over Goat That Shares Her Name
Next Up: Editor's Pick