Brits to Get Cheaper Beer! (If They Can Still Find a Pub to Sell It)

A pint of beer stands on a bar in a pub in Liverpool northern England, Nov. 19 , 2014.
Phil Noble—Reuters
By Fortune / Geoffrey Smith

It’s always been the most reliable vote-winner in British politics, even ahead of bashing foreigners and flinging money at the National Health Service.

But a late-night vote in Westminster last night may have actually paved the way for cheaper beer in pubs, as members of parliament voted to end the so-called ‘beer tie’ system, which forces landlords to buy beer from their parent companies at above-market prices, and stops them from offering competing brews.

That’s the headline-grabbing part, of course. The reality of the situation is, sadly, much less clear. The Beer Tie is only one half of an arrangement under which the parent groups (which have mainly grown out of Britain’s big breweries) offer low property rents, cheap insurance and other centralized services in return.

Under an amendment to the existing law, landlords will now have the right to ask for a rent-only deal, under which they would have the freedom to buy beer from whoever they choose at the best price they can find.

The pub companies were up in arms over the vote Wednesday, saying it would threaten the existence of thousands of pubs up and down the country

Punch Taverns Plc, whose shares fell 12.3% in early trading, warned the amended bill “would have significant adverse consequences for Britain’s community pubs” if it becomes law.

“The government’s own research indicated that breaking the tie would…result in between 700 and 1,400 more pubs closing with 3,700 to 7,000 job losses,” Punch said. It added that it would also lead to reduced investment in pubs, less consumer choice and “higher fixed rents, reduced levels of support and greater risk of failure” for tenants.

Enterprise Inns, Punch’s biggest rival, called the amendment “disproportionate” and said it would have “serious unintended consequences.” Its shares lost 15% on the news.

By contrast there was rejoicing at the U.K.’s Federation of Small Businesses, which has led a nationwide campaign against the Beer Tie.

Greg Mulholland, a Liberal Democrat MP who championed the amendment, called the vote “a victory for people power, for commonsense and for fairness and a victory a huge hard pressed publicans and their customers.”

Thousands of pubs closed in the recession that followed the financial crisis, many of them in rural communities where they were the hub of social activity. The Campaign for Real Ale, which supported the motion, says closures were still running at around 30 a week in the first half of this year. 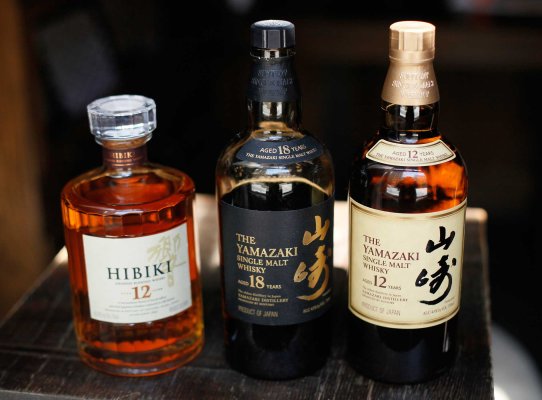 5 Things You Need To Know About Japanese Whisky
Next Up: Editor's Pick