Kotaku noted that the “liquid cheese” was spotted at Ohio University in late October.

Bridgette Parkins tweeted that they were at Kansas State University, too:

Even though it looks radioactive and is conceptually baffling, apparently tasting like a liquified Doritos isn’t the worst thing in the world. “It honestly wasn’t that disgusting,” the joes_nipples wrote. “It tasted like orange with a Doritos aftertaste. It tasted like straight Doritos afterwards, though. Weirdest thing I’ve ever drunken.”

The product isn’t completely outlandish. Fusion is in right now (think Doritos Locos Tacos), Mountain Dew and Doritos regularly have partnerships, the Super Bowl is coming (anything and everything weird happens around the Super Bowl), and people have been kind of petitioning for this for a while.

Although the suggestions for Dewritos might not have been in earnest.

A Mountain Dew spokesperson told TIME that the product is being tested, although there’s no word if it will be coming to a store near you. 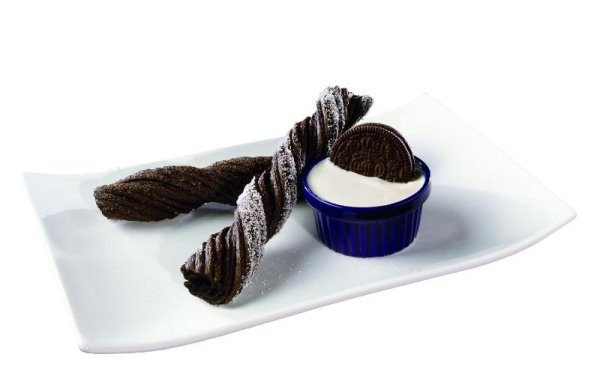 Oreo Churros Are Coming to a Store Near You
Next Up: Editor's Pick