Lena Dunham and Feminism: Beware the Vitriol of the Sisterhood

Those were the words of Ti-Grace Atkinson, an author and philosopher, when she resigned from the Feminists, a radical group she had founded in the late 1960s. They were repeated, forty years later, in the New Yorker​ by Susan Faludi​, who ​described them as “one of the lines most frequently quoted by feminists.”

​If Lena Dunham’s latest lambasting is any indication, the words are still applicable today. The vitriol of the sisterhood is alive and well.

The latest controversy over Dunham goes like this: Last month, the 28-year-old creator of Girls published a memoir, Not That Kind of Girl. In the book, much in the same way her HBO series does, Dunham takes on all sorts of taboos, in revealing, unfiltered, at times uncomfortable sections on virginity, sisterly intimacy and platonic bed sharing, date rape, and more. She is graphic in her sexual descriptions, including a passage where she describes, as a 7-year-old, looking inside her younger sister’s vagina (to discover that her sister had placed pebbles in it, presumably as a prank).

I​t appeared that so did everybody else — until last week. That’s when an article in the National Review – written by Kevin Williamson, a man notable for an article on how “Laverne Cox Is Not a Woman” and seeming to suggest that women who get abortions should be hanged–– eviscerated Dunham for the chapter in her book about rape (he questioned why, if the story of an assault she suffered in college were truthful, she never “felt the need to press charges, file a complaint, or otherwise document the encounter.”) The right​-wing website TruthRevolt then picked up the ​thread, ​homed in on the sisterly vagina scene ​(along with a typo stating that Dunham was seventeen not 7) and declared in a headline (over which Dunham is now allegedly suing): “Lena Dunham describes sexually molesting her sister.”

In the version of things in my head, here’s how I would have expected this scenario to play out: ​

A few right wing publications and gossip blogs would pick up the story. ​The New York Post would write a ​snarky headline. ​Dunham would respond ​on Twitter (which she did). Her sister, who is her best friend and tour manager, would chime in (which she did). Feminists would jump to her defense. What she did as a seven-year-old may bother people, but that’s precisely Dunham’s form of art. That doesn’t make it abuse.

And yet​…​ here is how it did play out. ​Dunham was swiftly called a “predator without remorse” — mostly by other feminists on Twitter.​ She was compared to R. Kelly, Bill Cosby, and Jian Ghomeshi. She became the subject of a hashtag, #DropDunham, which called on Planned Parenthood – which has joined Dunham on a number of stops on her book tour – to disassociate from her immediately.

​And on feminist listservs, Tumblr blogs and elsewhere, the pile-on began. She was “creepy.” “Not normal.” A “self-promoter.” “Full of herself.” A woman who needs to “sit the f–k down and learn something.” ​She was told to “get some boundaries.” To “stop being weird.” Her story was, as one blogger put it, “best kept in the confines of your family kitchen over Thanksgiving.”

This was not the National Review talking. These were fellow feminists.

Yes, she had defenders: Jimmy Kimmel tweeted that suggesting “a 7 yr-old girl is even capable of ‘molestation’ is vile​”; a sex researcher at the Kinsey Institute wrote that “it’s normal for kids to explore with each other;” prominent feminist voices like Roxane Gay (who called Dunham “gutsy” and “audacious” in a review of her book), Katha Pollitt (who donated to Planned Parenthood in Dunham’s honor); and a group of women who launched a Tumblr to curate all sorts of youthful (and at times unsettling) stories of sexual exploration. ​(Dunham responded again, too, writing in TIME that she takes abuse seriously and noting that her sister had given permission for her to publish the story.)

And yet the vitriol from her critics was so intense, so personal, so almost gleeful, that it was hard not to wonder if this was really about Lena Dunham at all.

“Honestly, I don’t think I’ve even seen this level of outrage over Bill Cosby,” one friend commented, referring to the allegations of sexual abuse against Cosby.

Why, whenever there is a powerful woman speaking about feminism publicly (including, ahem: Sheryl Sandberg, and please see the disclosure in my bio) must they become so polarizing as to make feminism, as one journalist put it, “a bipartisan issue“?​ (It’s worth noting that among my cohort, anyway, there has been far more discussion about Dunham than about the elections).

Feminism is about giving women equal opportunity, equal voice, equal power. And yet, over and over again, when female voices attain that power, we – other women – parse and analyze their every move, public and personal, with an absurdly critical eye. We see it in politics, in pop culture, in film. From Hillary Clinton to Sandberg to Anne Hathaway. (As Roxane Gay put it in a piece for The Rumpus, “Young women in Hollywood cannot win, no matter what they do.”)

To be clear: There are plenty of people who think Dunham’s behavior toward her sister was questionable, and that’s a valid argument to have. (Though “inappropriate” is a whole lot different from “molestation” so say the experts.) There are others who’ve argued that acknowledging Dunham’s race, and privileged background, are crucial to this conversation. (I happen to disagree – but that too, is a discussion worth having.)

But this has become a witch hunt – and it has everything to do with​ how we view women like Dunham.

Feminism has a long history of what Ms. Magazine, in a 1976 piece by Jo Freeman, called “trashing.” That is, taking jabs at women who suddenly rise up, helping elevate them, but then tearing them down when they become too successful. “This standard,” Freeman wrote, “is clothed in the rhetoric of revolution and feminism. But underneath are some very traditional ideas about women’s proper roles.”

Dunham is a perfect target for trashing – because she doesn’t fit into our traditional molds. She is loud, out there, imperfect, messy, and some might say maybe even a little gross. She speaks openly about feminism, and sex, the ambiguity of consent, and she doesn’t apologize for it. She makes people uncomfortable. And while she may have risen up propelled by the support of other women, somewhere along the way, she lost her likability – as powerful women often do. She is just a little too loud, a little too unapologetic, a little too overtly sexual, a little … successful.

But that doesn’t make her a molester.

Dunham has always presented herself as flawed. She has never made herself a paragon, or claimed to represent us all. Yes, her character on Girls called herself a “voice of her generation.” She is also not her character (and has said repeatedly that it was just a line). And she’s not a politician, she’s an artist. It is her job is to push boundaries. To speak loudly. And, yes, to self-promote – and sell books.

Dunham’s accomplishments are what feminists should want women to aspire to: she is the writer, director and star, making art about women, from a woman’s point of view, in an industry that is still dominated by men. She doesn’t represent all women — and she shouldn’t have to. But she is willing to say what many other high-profile women won’t (at least not publicly). Yes, she has a voice that creates controversy. Yes, she makes people uncomfortable.

But why do we hold her to a seemingly higher standard? Why must her voice represent us all?

No one can be “everything to everybody,” Freeman wrote back in 1976. And neither can Lena Dunham. Like her, don’t like her. Watch Girls, don’t watch it. But let’s not forget: There is room for more women than Lena Dunham at the top.

Jessica Bennett is a contributing columnist at Time.com covering the intersection of gender, sexuality, business and pop culture. She writes regularly for the New York Times and is a contributing editor on special projects for Sheryl Sandberg’s women’s non-profit, Lean In. You can follow her @jess7bennett.

Read next: Lena Dunham: ‘I Do Not Condone Any Kind of Abuse’

Correction: The original version of this story attributed a quotation to National Review writer Kevin D. Williamson that he did not say. The story has been updated to remove the quotation. 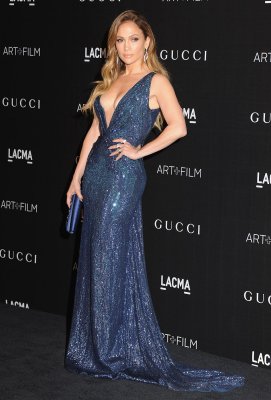 Even Jennifer Lopez Has Low Self-Esteem
Next Up: Editor's Pick