5 Things You Need To Know About Japanese Whisky

From left are Hibiki 12-year-old, Yamazaki 18 and 12-year-old Japanese whiskys at the Rickhouse bar in San Francisco, Aug. 6, 2010.
Eric Risberg—AP
By Megan Gibson

The whisky world was shocked on Tuesday, when it was announced that the 2015 edition of Jim Murray’s Whisky Bible had named Suntory’s Yamazaki Single Malt Sherry Cask 2013 the best whisky in the world — the first time the honor has gone to a whisky from Japan. Even more of a shock, particularly to the Scottish who pride themselves on their whisky, for the first time in the 12 years the Whisky Bible has been published, not a single Scotch made the top five.

But perhaps the surprise is unwarranted. After all, Japanese whisky has been a rising star in the spirits world for some time now. So, in honor of the big win, here are five things you should know about Japanese whisky.

It’s The New Kid on the Block — Japanese whisky has been commercially produced since since the early 1920s, when the Yamazaki distillery was first built near Kyoto. Throughout the 20th century, Japanese whiskies were primarily sold and consumed within Japan, yet they’ve become increasingly popular in Europe and North American in recent years.

Production — Japanese whiskies were first modelled on Scottish whiskies — Suntory’s first master distiller Masataka Taketsuru studied in Scotland and wanted to bring the drink home — so they are produced in much the same way, distilled twice using pot stills. Many distilleries even use malted and sometimes peated barley imported from Scotland.

About That Missing “E” — As Japanese whisky has much in common with Scottish whiskies, rather than the Irish or American varieties, its name follows the Scotch tradition and is spelled without an “e.”

In real life, it was actually actor Sean Connery who appeared in Suntory commericals in the 1990s.

It’s a Winner — The World Whisky Bible coup isn’t the first time Japanese whisky has been recognized with an international award. In 2001, Nikka’s Yoichi whisky was named the “Best of the Best” in an international tasting by Whisky Magazine. Then, in 2003, Suntory’s 30-year-old Hibiki won the top award at the International Spirits Challenge and Suntory went on to earn awards at the competition for the next 11 years. 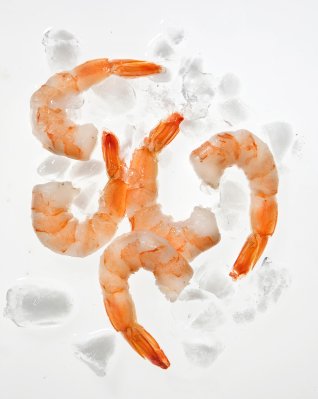 What's Really in Your Shrimp Cocktail?
Next Up: Editor's Pick