The World's Best Whisky Has Been Named and Scotland is Displeased

The best whisky in the world is “near indescribable genius.” It scores 97.5 marks out of 100. It is also not Scottish.

What’s more, for the first time in the 12 years the Whisky Bible has been published, not a single Scottish whisky makes the bible’s top five. If that wasn’t bad enough for Scotland, which along with Ireland is the spiritual home of the drink, the best European whisky in the latest edition is English.

The Whisky Bible describes the winning Yamazaki whisky as “rich and fruity,” with a nose of “exquisite boldness” and finish of “light, teasing spice.” Just 18,000 bottles were made — it is sold out on the bible’s online shop, and it is available in just a few specialist shops in the U.K. for about $160.

But the book’s author, Jim Murray, writes that though hundreds of Scottish whiskies were among the more than 1,000 samples he tried from all around the world this year, they fell flat.

“Where were the complex whiskies in the prime of their lives?,” he wonders, calling this year’s rankings a “wake up call” for Scottish brands.

“The Scottish whiskeys, they’ll knock you around and slap you around the face a little bit,” says Taylor, who is from Scotland, but calls himself “a non partisan” drinker.

He also notes that Suntory, which makes the winning Japanese whiskey, also produces whiskey brands around the world — including, in fact, multiple Scottish whiskies.

Read next: The Best Whiskey Bars in America 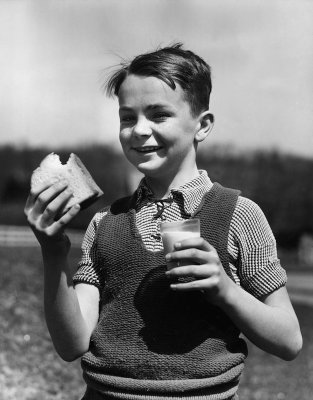 Celebrate National Sandwich Day With This 1986 Ode to Our Favorite Lunch
Next Up: Editor's Pick