Fireball Was Recalled, But It's Still a Powerhouse Drink

Drinkers the world over let out a collective gasp this week when Fireball Cinnamon Whisky was recalled in some European countries for containing what regulators deemed an unsafe level of propylene glycol—a chemical found in antifreeze. Was that the burn felt by college students and weekend warriors when they took shots of the liquor whose slogan promises that it “tastes like heaven, burns like hell”?

As it turns out, propylene glycol is approved for use in food processing by the FDA, which says that it “can be ingested over long periods of time and in substantial quantities (up to 5 percent of the total food intake) without causing frank toxic effects.” Europe accepts a lower level of the chemical, and certain countries balked at bottles containing more than one gram per kilogram by volume.

Nevertheless, the spicy whiskey—whose flavor has been compared to Big Red chewing gum—is unlikely to take a tumble in the U.S. based on this news. In a few short years, it has become a mainstay in the stable of shots, offering the kick of a liquor much stronger than it is (33%), with no unpleasant aftertaste. Between 2011 and 2013, Bloomberg reports, its sales at U.S. gas stations, convenience stores and supermarkets rose from $1.9 million to $61 million. Momentum like that will need more than a little antifreeze scandal to slow it down.

Big, bold flavor is not a trend that’s going away anytime soon—according to Ian Reusch, general manager at the popular D.C. beer bar ChurchKey, we’ve seen the same level of hype around similar products like Goldschlager and Jägermeister. He thinks a scary ingredient linked to antifreeze might be enough to burst the cinnamon-flavored bubble.

Yael Vengroff, Fireball aficionado and bar manager at Harvard & Stone in Los Angeles, begs to differ. She says the kind of folks who appreciate Fireball may not be the same kind of people who are easily spooked by scandal. “I feel that Fireball won’t suffer from the current recall,” she says, “because I don’t feel like its market and drinkers are in the business of playing it safe, if you will.”

For those who do fear for their innards but still crave the fiery liquor, bartenders around the country offer artisanal versions whose ingredients are less likely to offend. The drink has become a kind of ironic favorite among the kind of mixologists who would bristle at the term “mixologist,” folks who still appreciate that the experience of going to a bar should be about having a good time, not a white-glove affair.

At ChurchKey, Reusch and his staff recently began offering their own “Grandpapa Reusch Ol’ Time Fireball Style Whiskey,” made with cinnamon sticks and chili oil. The Penrose in New York City offers the “Red Hot Shot,” bourbon infused with cinnamon and jalapeño. And Vengroff makes her own barrel-aged version with Ferrand cognac at Harvard & Stone called “Firebarrel.”

Still, Vengroff says, bars that do make their own version should not get too haughty about it. Her own appreciation of the spirit “started off as a f–k you to that really precious speakeasy experience.” When those same bars make their own versions but frown on the real brand, that is not in the Fireball spirit, she says. “For so long, it was like, ‘We’re not gonna give the people what they want. We’re not gonna carry vodka or cranberry juice.’” At the end of the day, bars are still supposed to be about hospitality, and if people want to coat their esophagus in cinnamon whiskey, then bottom’s up.

If you’re still too nervous about putting propylene glycol in your body, there are plenty of easy at-home recipes for Fireball knockoffs. Try infusing a bottle of cheap whiskey with a handful of cinnamon sticks and two shots of simple syrup for a few days, adding a few dried red chili peppers then steeping for a few days more before straining. Alternatively, just add cinnamon and jalapeno syrups to your whiskey of choice. Whatever you do, take a hint from the guests at this wedding and be sure to share the drink far and wide—you’ll be everyone’s favorite party guest. 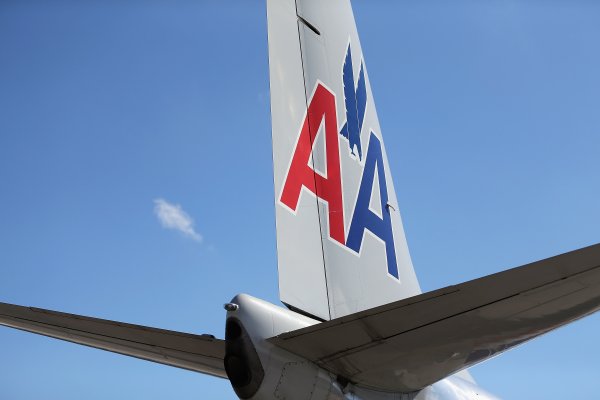 Mail-order Snack Maker Takes to the Skies
Next Up: Editor's Pick