4 Ways Being Lonely Can Affect Your Health

When you’re lonely, you may look for friends in all sorts of unexpected places. At least, that’s the conclusion of a recent study in Psychological Science that found that folks who felt socially disconnected—aka lonely—were more likely to view a doll’s face as human.

But the health implications of being lonely go much further. “People who are lonely have more physical and mental health problems than those who feel connected to others,” explains Bruce Rabin, MD, director of the University of Pittsburgh Medical Center Healthy Lifestyle Program. Here, four ways loneliness affects your health:

You’re more likely to be down in the dumps

The more lonely you feel, the more likely you are to have depressive symptoms, according to research at the University of Chicago.

“When you’re lonely, brain hormones associated with stress such as cortisol become active, which can cause depression,” Rabin explains. “In fact, for mild and moderate depression social interaction is even more effective at alleviating symptoms than a prescription antidepressant.” One 2009 Colorado State University study found that the more positive social interactions people with depression had, the more improvement in symptoms they experienced.

You’re less likely to take care of yourself

Research shows you’ll eat less healthful fare if you frequently dine solo: Single and widowed men and women 50 and older, for example, eat fewer veggies daily than married or cohabiting counterparts. “If you’re cooking for other people, you’re more likely to prepare a healthier meal that contains a range of foods—a meat, a starch, a vegetable—than if you’re just throwing together something for yourself,” Rabin points out.

Folks who are lonely are also more likely to be physically inactive, according to a 2009 study published in the journal Health Psychology.

HEALTH.COM: 18 Habits of the Happiest Families

You may be more susceptible to heart disease

Middle aged adults who live alone have a 24% increased risk of dying of heart disease, according to a 2012 Harvard study. “Research has consistently shown lonely people have a higher risk of heart disease, and it’s for many reasons,” Rabin says. “Since they don’t have social support, they’re more susceptible to the effects of stress, which increases the likelihood of getting heart disease. We know elevated stress hormones increase the accumulation of cholesterol deposits in the heart. Secondly, if they’re lonely they’re less likely to be physically active or eat properly. And finally, if they don’t feel well, they’re much less likely to confide that in someone who will insist that they go to the doctor to get checked out.”

HEALTH.COM: 12 Signs You May Have an Anxiety Disorder

You could have a weaker immune system

Loneliness can strain the immune system, according to Ohio State University research presented in 2013. People who were lonely produced more inflammation-related proteins in response to stress than folks who felt more socially connected. Inflammation is linked to numerous health conditions including heart disease, Type 2 diabetes, arthritis, and Alzheimer’s disease.

What to do about it

Joining a bevy of social groups isn’t necessarily the best way to combat loneliness. “It’s important to note that someone can be alone, or have only a handful of close friends, and not be lonely,” Rabin stresses. “Or you can be a social butterfly and out with friends every night of the week and still feel isolated.” His advice? Volunteer. Doing good deeds for others will lift your mood, and you’ll most likely meet kindred spirits that you can cultivate a real connection with—which in turn will leave you feeling less lonely. 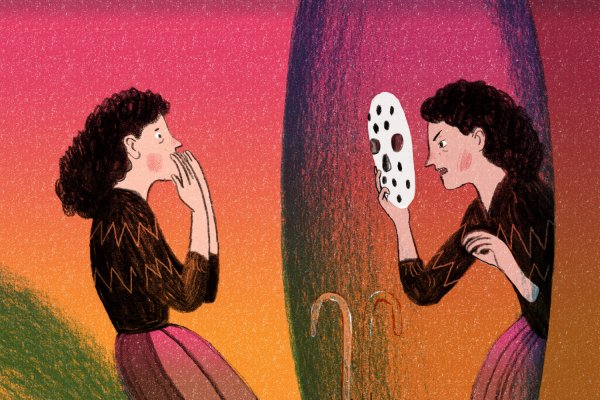 You Asked: Is Scaring Myself Healthy?
Next Up: Editor's Pick