Drumstick herb or Moringa oleifera
dangdumrong—Getty Images
Ideas
By Josh Schonwald
Josh Schonwald is a Chicago-based journalist and author of The Taste of Tomorrow: Dispatches from the Future of Food, but he is perhaps best-known as the guy who ate the Frankenburger. Schonwald writes and speaks frequently about the future of food and agriculture. His work has appeared in numerous publications including The New York Times, Washington Post, Slate, and The Wall Street Journal. A graduate of Macalester College and Columbia University's journalism school, Schonwald lives in Evanston, Illinois with his wife, children, and indoor aquaponic system.

But kale is absolutely, positively not a superfood.

A superfood is high in protein, low in fat, gluten-free, loaded with omega-3s, bursting with antioxidants and overflowing with folate, fiber and phytonutrients. But the vast majority of what gets called a superfood these days should be called “health food.” Yes, health food is a perfectly suitable descriptor for goji berries, pomegranates and chia seeds.

To get an idea of a true superfood, look at quinoa. The Andean grain is more than just a high protein, low-fat, gluten-free alternative to rice or pasta. Quinoa is not only one of the only plants in the world that provides a complete source of protein. It is also an extraordinarily resilient plant. You can grow it at just about any altitude, from sea-level up to 13,000 feet. It can withstand a wide range of temperatures, and needs very little water to survive. There’s a reason why the United Nations General Assembly declared 2013 “The International Year of Quinoa” and not “The International Year of the Goji Berry.”

Kelp is another example of a true superfood. It’s not merely high in protein, low in fat and loaded with heart-healthy antioxidants. It grows at turbo speed (9 to 12 feet in three months) without the need for fresh water or fertilizer. Kelp could provide the world with a vast new source of sustainable protein — and potentially reduce greenhouse gas emissions. (Kelp forests are carbon sinks.)

Real superfoods possess super-traits — like the ability to grow astronomically fast in some of the world’s harshest climates. Or the ability to make dirty water safe for drinking. Or the ability to feed a family of four for 50 years. Here are three superfoods, largely unknown in the United States now, that will quite possibly become the next quinoa.

It’s often called the “the miracle tree” or the “tree of life.” In the Philippines, they call it a “mother’s best friend.” In Senegal, it’s the “never die tree.”

Virtually every part of the moringa tree (Moringa oleifera) — pods that taste like string beans, leaves redolent of spinach, seeds reminiscent of peanuts, roots that taste like horseradish — is edible and packed with nutrients. A small serving of the humble-looking moringa’s tiny leaves has seven times the amount of vitamin C of an orange, four times the calcium of milk, and four times the beta-carotene of carrots, according to nutrition researcher C. Gopalan’s Nutritive Value of Indian Foods. Not surprisingly, the tree, which is native to north India, is developing a cult following among natural foods enthusiasts.

But the slender, scrawny looking tree has got far more than nutrition going for it. The moringa might be the fastest growing valuable plant in the world — it grows up to 15 feet, from seed, in its first year. Because it’s drought-resistant, the moringa can grow freakishly fast in precisely the hot, dry subtropical areas where malnutrition is most prevalent, and where other crops wither (hence “the never die” nickname).

The moringa is also a promising biofuel and medicinal source. For hundreds of years, people have been using the moringa for everything from cooking oil and cosmetics to animal feed and cleaning agent. But undoubtedly the most amazing quality of the moringa is that it can purify water. Just drop some crushed moringa seeds in a bucket of dirty, unsafe water, and within about an hour, that water will be safe to drink. Scientists say it’s because the moringa seeds produce chemicals that cause dirt and bacteria and other pollutants to settle. The moringa seed could provide a simple yet valuable tool in poor communities where diarrhea caused by water-borne bacteria is one of the biggest sources of childhood fatalities, according to a paper in Current Protocols in Microbiology.

The breadfruit looks like a green soccer ball with pimples. And it tastes like sourdough bread. The first time I tried it, I thought “blah.”

But there’s a vigorous effort underway to get people to love this ugly, tasteless fruit; some believe the breadfruit could save millions of people annually from starvation.

Native to tropical regions in the South Pacific, the breadfruit (Artocarpus altilis), known as Ulu in Hawaiian, is a nutritional powerhouse — one cup of breadfruit has more potassium than three bananas, according to the USDA, and it’s loaded with fiber, calcium, phosphorous, copper and other essential nutrients. Some cultivars also have high levels of beta-carotene, which makes it a promising weapon against vitamin A deficiency, the leading cause of blindness in children.

The breadfruit is a remarkably low-maintenance yet extraordinarily productive tree. A mature tree yields 450 pounds of fruit per season, according to Josh Schneider, a horticulturalist at Global Breadfruit, an organization that promotes the use of the breadfruit tree. Schneider estimated in an interview that one breadfruit tree could feed a family of four for more than 50 years.

A growing group of NGOs, like Global Breadfruit and the Trees That Feed Foundation, are now dedicated to spreading the use of the trees, and it’s not just because breadfruit is one of Earth’s highest yielding food crops. Studies show that more than 80% of the world’s poor and hungry live in subtropical regions — perfect for breadfruit trees. And recent breeding improvements are accelerating the speed of a tree’s growth. Now, you can produce fruit in 2 to 3 years, Schneider said

One breadfruit evangelist, Hawaiian horticulturalist Diane Ragone, like me, didn’t care for the breadfruit on her first taste (she likened it to “undercooked potatoes”), but now thinks the fruit’s underwhelming taste is easily surmountable. Ragone’s advice: sauté them. “Think of sautéed breadfruit as a platform for any kind of cuisine or flavor,” Ragone told the Wall Street Journal. Others talk about the breadfruit’s potential as a food ingredient and as an alternative to flour. Imagine a bagel that could prevent millions of children from going blind.

The prickly pear cactus, what botantists call opuntia ficus-indica has lots of healthy qualities — high in vitamins, fiber and antioxidants, low in fat — and it all comes from some of the driest and worst land on the planet.

Some beleaguered farmers in arid places like California’s drought-stricken San Joaquin Valley are starting to see the light. Instead of fighting water shortages and desertification, they’re adapting. One article about a maverick cactus farmer likened it to making lemonade out of lemons. And climate forecasts suggest that more farmers around the world will be drawn to a crop that can not only flourish with little or no irrigation, but can also tolerate poor soil.

The food-of-the-future cacti is not the puny cacti you’ve seen driving through Arizona. Scientists in water-starved places like Israel, California and Texas have worked for years to create food-friendly varieties, which are much bigger and have no needles. Smooth skinned and frost-resistant, today’s cacti were the subject of a 2013 United Nations report on industrial-scale cacti cultivation, highlighting successes in the developing world. But don’t think the cactus is just a “feed theworld” crop for an apocalyptic scenario.

Food writer Sam Brasch, who suggests that the prickly pear could be “the next kale,” describes its flesh as “landing somewhere between a watermelon and a kiwi.” The prickly pear is also promising because it can be used in so many ways — for juices, jams and jellies; some studies even suggest that it’s a hangover cure.

Each of these three superfoods has the potential to not only improve your health, but also improve the world–and you’ll inevitably see them at Whole Foods.

Josh Schonwald is a Chicago-based journalist and author of The Taste of Tomorrow: Dispatches from the Future of Food, but he is perhaps best-known as the guy who ate the Frankenburger. Schonwald writes and speaks frequently about the future of food and agriculture. His work has appeared in numerous publications including The New York Times, Washington Post, Slate, and The Wall Street Journal. A graduate of Macalester College and Columbia University’s journalism school, Schonwald lives in Evanston, Illinois with his wife, children, and indoor aquaponic system. 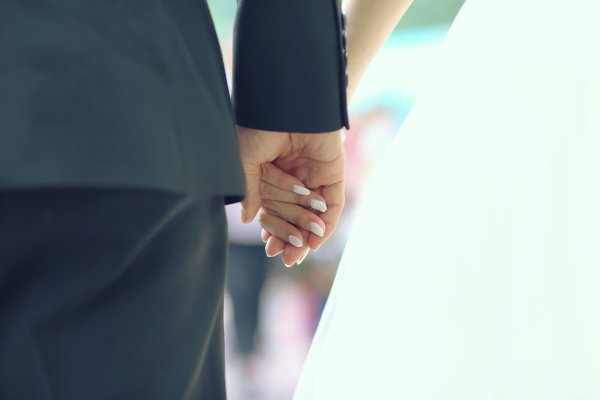 Six Months After Our Wedding, My Husband Was Diagnosed With Cancer
Next Up: Editor's Pick