This Is Why Taylor Swift’s Album Isn’t on Spotify

Musician Taylor Swift attends the "Charles James: Beyond Fashion" Costume Institute Gala at the Metropolitan Museum of Art on May 5, 2014 in New York City.
Mike Coppola&mdash;Getty Images
By Victor Luckerson

It feels like Taylor Swift has been everywhere lately—mentoring would-be stars on The Voice, performing “Welcome to New York” atop one of the city’s skyscrapers, joining New York City’s tourism department. One place she’s not, though, is Spotify, one of the world’s most popular streaming services.

Swift’s new pop album, 1989, debuted in stores and on iTunes on Monday, but it’s nowhere to be seen on Spotify or other streaming services like Pandora. The album is widely expected to be the best-selling release of the year, so its absence from the online services is notable.

But it shouldn’t come as a surprise to anyone that Swift maintains tight control over how fans access her music. The singer kept her last album, Red, off Spotify when it dropped in 2012. And in a Wall Street Journal op-ed earlier this year, Swift lumped streaming in with file sharing and piracy as reasons that album sales have shrunk dramatically over the last decade and a half.

“It’s my opinion that music should not be free, and my prediction is that individual artists and their labels will someday decide what an album’s price point is,” Swift wrote. “I hope they don’t underestimate themselves or undervalue their art.”

Digital album sales, which were supposed to be the life raft that saved the flailing music industry after the Napster era, declined nearly 12% in the first half of 2014. Some people like Swift have blamed the decline on streaming services, which jumped 42% in usage during the same period. Artists make considerably less money when a fan listens to a track on Spotify rather than buying a track outright, but the streaming service says that as it achieves scale it will be able to pay artists even more than they’re able to earn selling discrete units.

For its part, Spotify says it wants to bring 1989 to its users, and the company did eventually manage to get Red up and streaming. “There are over 40 million music fans on Spotify and Taylor Swift has nearly 2 million active followers on the service who will be disappointed by this decision,” Spotify spokesman Graham James said in an email. “We are working to bring this album to fans on Spotify as soon as possible.”

As consumer habits shift and streaming becomes more popular, artists will likely face more pressure to release their albums online immediately. But with 1989’s first-week sales estimated at 900,000 units, it’s hard to argue that Swift is behind the times. “Music is art, and art is important and rare,” she wrote in the Journal. “Important, rare things are valuable. Valuable things should be paid for.” 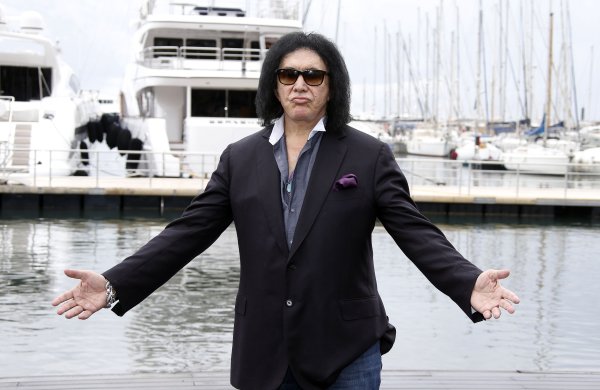 In Cable Ebola Coverage, It's the Story vs. the Facts
Next Up: Editor's Pick