By Sarah Begley and Adam Perez

“I’m just gonna go downstairs and put on my prom dress,” Wylie Dufresne says one afternoon in September at his restaurant on New York’s Lower East Side. He’s wearing a hoodie and he’s changing into a chef’s jacket. Nothing fancy, but there is an air of ceremony in the kitchen. After 11 years of service, wd~50 will close in November, ending an era for modern cuisine.

Over the last decade, Dufresne made a reputation for himself as the mad scientist of New York’s kitchens, putting out brain-teasing dishes like shrimp noodles (that’s noodles made from shrimp), cylindrical quail, fried hollandaise cubes and edible eggshells. Such inventions left some scratching their heads—why fix an egg that ain’t broken? But others embraced his creativity, and over time, his reputation congealed.

Tasting those shrimp noodles never came all that cheap. Today, the restaurant offers two tasting menus: 12 courses for $155, or five courses “from the vault” (a sort of greatest-hits selection) for $90.

And like so many New York stories, price is what has brought this institution to an end: a new building is being developed on the site. This development is driving Dufresne out of the address that gave his restaurant a name: 50 Clinton Street.

Dufresne was on the American avant-garde in using many of the chemical and mechanical innovations (see that WD-40 joke) that define “modernist cuisine” or “molecular gastronomy”—immersion circulators, sous vide precision cooking, foams and the rest. Such methods are often associated with the name Ferran Adrià, the chef behind the now-closed elBulli in Spain, which Dufresne says “blew the doors open” for imaginative cooking.

Dufresne’s enthusiasm for chemicals and high-tech gadgets came as many American chefs ran in the opposite direction, embracing the farm-to-table ethos of whole foods prepared simply. The laboratory of culinary magic tricks at wd~50 couldn’t have seemed more different.

When Dufresne perfected his condiment-frying technique, he thought it would be his big break: “You know, I can fry hollandaise, I can fry ketchup, I can fry mustard,” he says, “I thought, ‘This is gonna be my meal ticket.’ I bought a red and yellow phone because I thought McDonald’s would call, and it was just going to ring. And they were going to say, ‘Please come to us. Show us how we can fry our condiments. We’ll give you the key to the city, and Ronald McDonald will be at every one of your kids’ birthdays until they’re 28.’ Of course that didn’t happen.”

It is hard to think of any other top-tier chef who would get so excited at the prospect of partnering with the Golden Arches. But Dufresne has no qualms about mixing fancy thinking with mass production. He’s explored the idea of patenting some of his inventions. And he says he takes inspiration from the supermarket aisles. “Whether it be cereal technology or candy technology or snack technology, puff snacks,” he says, “I’m always curious to know how those things are made and how we can take that technology, those ingredients, and apply it to a stand-alone restaurant.”

As much as he seizes these methods himself, Dufresne does wish they didn’t have such a bad rap. He wants people to know that his selection of chemical ingredients is just as discriminating as his selection of the meat or fish he serves based on their source. He wishes scientists had done better PR for themselves in developing the new ingredients he uses.

And as much fun as these tricks are, Dufresne maintains that he owes much more to his mentor, culinary superpower Jean-Georges Vongerichten (who is a co-owner of wd~50), than anyone else. He praises Vongerichten’s dedication to lightening and simplifying traditional French cuisine. “For me,” he says, “it begins and ends with the French.”

For all Dufresne’s flash, he does stay true to this ethos. While his dishes are surprising, they’re seldom overwhelming. Take a hanger steak tartare he recently served accompanied by Asian pear, an amaro sauce and a scoop of Béarnaise ice cream. That last ingredient had the intrigue of invention: it didn’t even hint at melting until it was eaten. But the flavors were subtle, complicated only by the bitter sauce smeared on the plate. As Dufresne likes, there was nowhere to hide any imperfection.

Dufresne has flourished in this intersection of old and new. “Clarence Birdseye knew more about frozen foods in 1920 than you and I do today,” he says. That overlooked trust of the past shows in his kitchen’s enthusiasm for trying new techniques with ancient roots. On a recent visit, one line cook was stomping on plastic bags of dough with clean sneakers, a method for making udon noodles easier to form that Dufresne says Japanese housewives were doing centuries ago (sans the plastic or sneakers).

Most of the wd~50 has agreed to stay on until the restaurant closes in November. Malcolm Livingston II, the pastry chef, has a job lined up at Noma in Copenhagen, voted the world’s best restaurant. Dufresne says that he’s on the lookout for a new space and would be open to trying a new neighborhood, but nothing has stuck yet. In 2013, he opened Alder, which offers a more affordable but similarly playful menu, not far from the restaurant he’s now closing.

Dufresne has a lot of history on the Lower East Side, and especially at 50 Clinton Street. He met his wife, Food Network Magazine editor-in-chief Maile Carpenter, in the restaurant when she came to interview him about its opening when she was a food editor for Time Out New York.

Dufresne is a cookbook obsessive (he estimates he has about 1,400 or 1,500 at home) and he’s working on adding his own to the canon. It will be the story of wd~50, co-written with Lucky Peach editor Peter Meehan. “We’re trying to figure out how to capture 11 years, and we have a lot of dishes to choose from,” he says. “Some people might not have enough recipes for a book. We probably have too many.”

For now, though, Dufresne says he’s focused on the restaurant that bears his initials: “We’re gonna try and really make it very special to the very end, because it’s still special to us.”

Vongerichten, for his part, said he’ll mourn the passing of his student’s restaurant. “For those who have been lucky enough to eat there, [it] will never be forgotten.”

At 44, Dufresne is too young for his legacy to be complete. But the legacy of wd~50 will be its invitation to young chefs to think different, to ask why certain standards are followed and dare to break them. 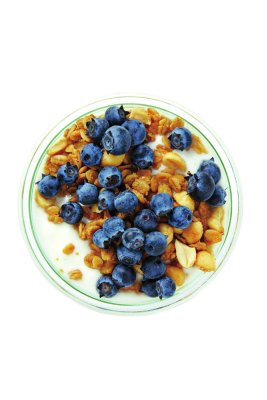 10 Ideas for Portable Breakfast Recipes
Next Up: Editor's Pick