4 Surprising Things Your Nose Can Tell You About Your Health

No one appreciates their sense of smell when they pass a trash heap or accidentally step in dog poop. But your nose knows a lot—not just when things stink. In fact, your ability to smell, or not, can tell you a lot about your health. Here’s why you shouldn’t take your whiffing powers for granted.

A bad sense of smell can signal an early death

Feel like your sense of smell has gone south over the years? If it’s less than stellar, it could be a tip-off that you’re not in good health. A new study from the University of Chicago Medical Center found that not being able to detect certain odors had an increased risk of dying within five years. A whopping 39% of older patients who couldn’t pick up on scents like orange, rose, and peppermint died within that time frame, compared to only 19% of so-so smellers, and 10% of good smellers.

Poor smell detection may be a sign of Alzheimer’s

Not being able to smell well could signal the early stages of Alzheimer’s disease, according a Harvard Medical School study. Participants with elevated levels of amyloid plaques (telltale proteins found in the brains of Alzheimer’s patients) who performed worse on an odor identification test also had greater brain cell death. Why? When the disease starts to kill brain cells, this often includes cells crucial for your sense of smell.

Smelling something weird could predict a stroke

Some people pick up on more scents than others, but brief episodes of smelling something completely off-base—like fish when there isn’t any around—may be a sign of stroke or a seizure. The American Academy of Neurology says these “olfactory hallucinations” are usually unpleasant smells, but they can differ from person to person, according to the Mayo Clinic. Contact your doctor right away if your nose seems to be going haywire.

HEALTH.COM: 10 Stroke Symptoms Everyone Should Know

Imagining odors can precede a migraine

While it’s relatively uncommon, people may also hallucinate a smell as part of a pre-migraine aura, according to a review of research done by the Montefiore Headache Center. Again, the scents were mostly unpleasant: the most common were of things burning or decomposing.

HEALTH.COM: 18 Signs You’re Having a Migraine 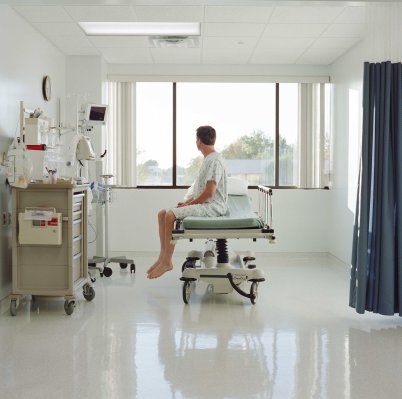 Study Indicates Link Between Recession, Rise in Vasectomies
Next Up: Editor's Pick